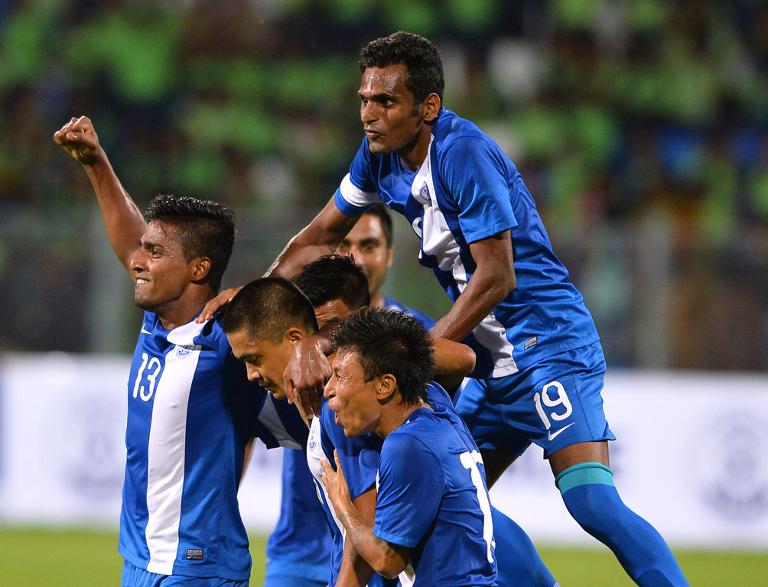 India, once hailed the sleeping giants of football by FIFA president Sepp Blatter, were outclassed by the Pacific island minnows on Tuesday night.

“HUMILIATION”, screamed the Mail Today tabloid which said the defeat was the latest in a string of poor performances.

“There is a point after which the word embarrassing does not do justice while describing repeated debacles,” the newspaper said in its back page article.

Other media were similarly scathing of the performance in which Sunil Chhetri, with almost the last kick of the game, scored a consolation goal for the more experienced Indian side.

The Hindustan Times published a list of other sorry defeats suffered by India, who have long struggled for attention, and players, in the cricket-obsessed country.

“India have been in a free fall for a while now with the last away win in an Asian or World qualifier coming in 2001,” the paper said, referring to defeats by minnows Maldives, Bangladesh, Pakistan and Fiji in recent years.

But the Englishman said a key contributing factor was that many of Guam’s players train and play in the United States.

“Today the difference was very much visible between a group of players who have the best football education and the rest,” he told reporters after the match.

“Seventy five percent of the players who represented Guam have been born and brought up in the US and that made a huge difference.”

Football’s popularity has been growing steadily in the cricket-mad country with the Indian Super League drawing tens of thousands of supporters to games in its first season.

But India, currently ranked 141 in the world, have long struggled to rise high in the world rankings and are yet to qualify for the finals of a World Cup.