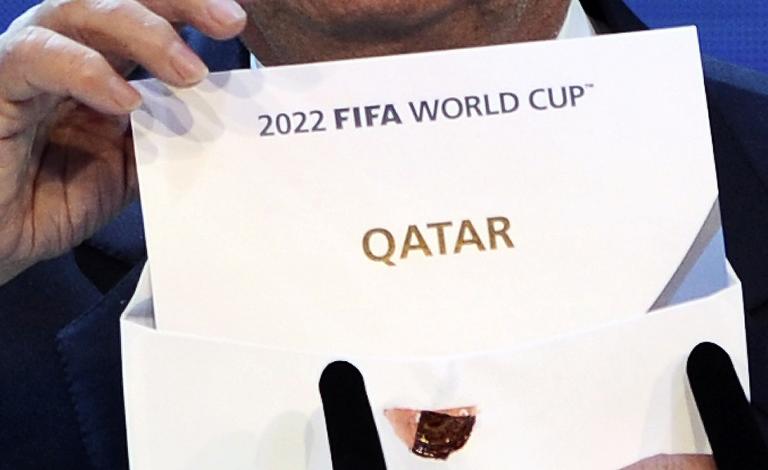 Qatar paid the African Football Confederation $1.8 million (1.6 million euros) to present its bid for the 2022 World Cup at a congress, the continent’s top football official told a French magazine.

CAF president and FIFA vice president Issa Hayatou said he saw nothing wrong with the payment made before the confederation held a congress in the Angolan capital Luanda in January 2010.

Qatar won the right to host the 2022 World Cup later the same year at a controversial FIFA vote now under investigation by Swiss authorities.

“The Qataris gave it to us to be able to show their plan (for the 2022 World Cup) during the congress.”

Hayatou insisted he had not expected other candidates, including the United States and Australia, to pay for a similar privilege.

“Not necessarily. We didn’t ask Qatar to do it. They proposed it. We did not ban the other candidates from taking part in the presentation,” he was quoted as saying, while also denying that it was a bid to buy African votes.

“I convened immediately after a meeting of the CAF executive committee to say that what had happened did not commit us to anything. I did not make any recommendation and everyone voted according to their soul and conscience.”

Hayatou also denied there was any corruption in the vote which gave the 2010 World Cup to South Africa.

Asked about the payment, a CAF spokesman told AFP that Qatar “wanted to have this privilege exclusively” to make its presentation.

“A proposition was made to the executive committee which adopted it. Qatar presented its bid. The money was paid to CAF and is noted in the confederation’s accounts,” the spokesman added.

Qatar did not comment on the report but has in the past strongly denied any wrongdoing connected to its bid.

Hayatou also denied any knowledge of bribes paid to secure the 1998 and 2010 World Cups.

US investigators believe that a $10 million payment made by South Africa to a disgraced Caribbean football official was a bid to buy votes. South Africa has strongly denied any wrongdoing.

“Fixed by who?” said Hayatou. “All I can tell you is that we, the Africans, carried out a draw so we did not give the impression we were for one or the other candidate.”

The 2006 vote for the first World Cup in Africa was between South Africa and Morocco. Hayatou said it was decided to give two of Africa’s FIFA executive committee votes to South Africa and two to Morocco.

British media reports have linked Hayatou to corruption scandals. But he said he did not think that FIFA was riddled with corruption and added that he was not worried by the controversies that have rocked the world body.

“I am not afraid of anything because I have not done anything,” said Hayatou. “My conscience is clear,” he was quoted as saying.

Swiss authorities are investigating the attribution of the 2018 and 2022 World Cups to Russia and Qatar. US investigators have charged 14 people over the paying of more than $150 million in bribes to soccer officials.

Almajid said she was present when the Qatar bid organisation paid $1.5 million to three African members of FIFA’s executive committee to secure their votes for Qatar, which was awarded the hosting rights for the 2022 tournament.

The former employee made a sworn statement recanting her allegations, but later still she told the FBI that representatives of the Qatar bid had pressured her to do so.

“I’ve never seen this woman in my life,” Hayatou was quoted as saying.