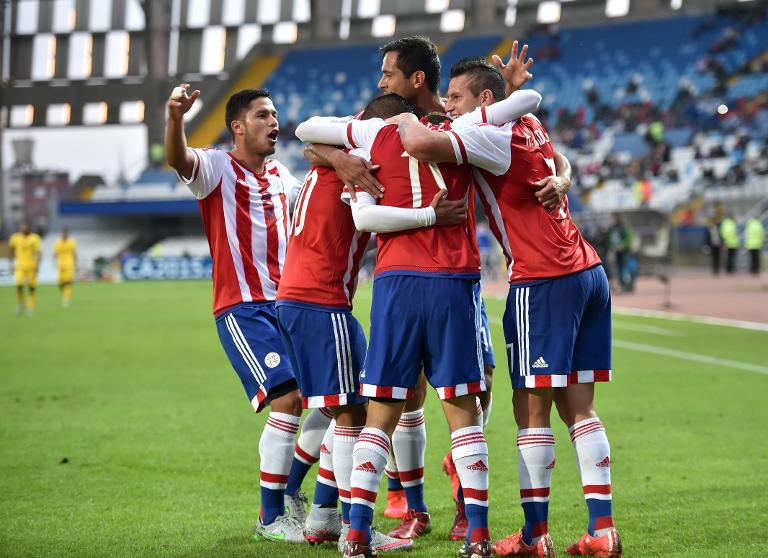 Paraguay took a giant step towards the quarter-finals of the Copa America Tuesday after a freak goal from Mexico-based striker Edgar Benitez handed them a 1-0 win over Jamaica.

The South Americans, who grabbed a dramatic 2-2 draw with tournament favourites Argentina in their opening game, moved to the top of Group B with four points heading into the final round of group games.

Argentina and Uruguay play later on Tuesday but regardless of that result, Paraguay’s points haul gives them a strong chance of securing a place in the last eight at least as one of the two best third-placed teams.

The game’s only goal came on 36 minutes, when a long ball forward from midfielder Victor Caceres forced a catastrophic howler from Jamaica goalkeeper Duwayne Kerr, who plays for Norwegian club side Sarpsborg 08.

Kerr, standing several yards outside the penalty box, miscued a headed clearance straight into the body of the advancing Benitez.

The ball cannoned off Benitez’s legs and looped up and over the stranded Kerr before rolling into the net.