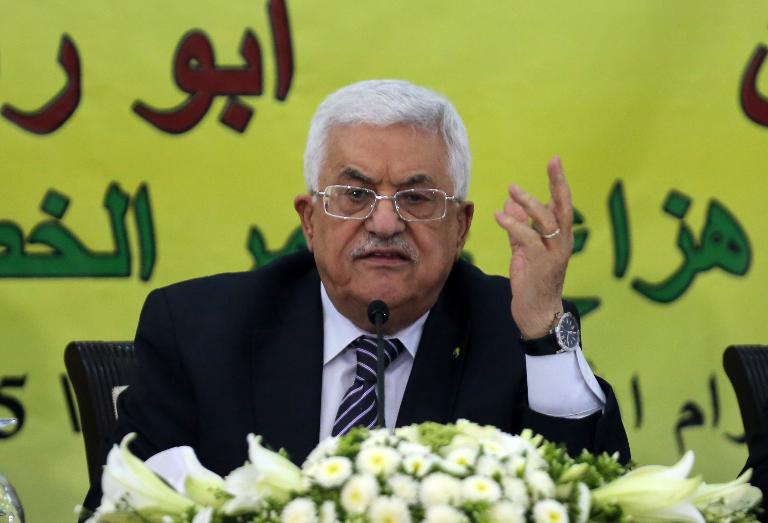 An aide to president Mahmud Abbas said prime minister Rami Hamdallah “handed his resignation to Abbas”, but confusion reigned over when the government was likely to dissolve.

It was also unclear what the next cabinet might look like, reflecting the chaotic period for Palestinian politics.

Discussions on forming a new government would include consultations with the various Palestinian factions, including the Islamist Hamas, aide Nimr Hammad said.

The government of technocrats was formed last year to replace rival administrations in the Gaza Strip and the West Bank.

“The government will continue to function until we have a new one,” a Palestine Liberation Organisation official said before the official resignation.

“I think what’s coming now is the formation of a government with politicians, not a government of technocrats.”

Abbas’s spokesman Nabil Abu Rudeina said the PLO’s executive committee would hold a meeting Monday, attended by Hamdallah, to discuss the “forming of a national unity government”, but did not elaborate.

Officials said the move had been under discussion for several months because of the cabinet’s inability to operate in Hamas-dominated Gaza.

But Hamas rejected any unilateral dissolution of the unity government and said it had not been consulted.

“Hamas rejects any one-sided change in the government without the agreement of all parties,” spokesman Sami Abu Zuhri told AFP.

“No one told us anything about any decision to change and no one consulted with us about any change in the unity government.”

Senior Hamas official Ziad al-Zaza, however, struck a more conciliatory note, calling on Abbas “to form a unity government with all national and Islamic factions to face Israeli occupation”.

“At the end of the day it’s not going to change anyway our position when it comes to peace and our commitment towards peace with Israel, our responsibility regionally and internationally fighting terrorism,” he said in Prague.

“Rest assured that whatever change will take place is not going to hinder our commitments regionally or internationally.”

The move comes at a critical time, with Hamas sources saying it is holding separate, indirect talks with Israel on ways to firm up an informal ceasefire that last August ended a 50-day war in Gaza.

It was not clear whether Abbas’s move to dissolve the government was linked to those talks, but the PLO official said he believed that they played a role.

“If you end up having a different kind of status for Gaza, then basically the idea of a Palestinian state completely disappears,” the official said.

Another high-ranking Hamas official said he believed Abbas decided to act after receiving word of the indirect contacts.

“When Mahmud Abbas heard of international envoys taking part in talks to solve the (Gaza) crisis, it caught him off guard, then he took that decision,” Bassem Naim told AFP.

“He felt there was a possibility that a solution be found without the (Palestinian) Authority being involved.”

The indirect Hamas-Israel talks are said to have gone through a number of Arab and European channels.

A Hamas source said senior members of the movement had met in Doha over the weekend for talks with Qatari officials.

They focused on key issues for Hamas such as ending Israel’s blockade, now entering its ninth year, and the establishment of a sea passage between Gaza and the outside world, the source said.

He did not say whether other Palestinian factions were involved in the talks, such as Abbas’s Fatah movement which was heavily involved in Egypt-brokered talks that ended Gaza’s 2014 conflict.

The war claimed the lives of about 2,200 Palestinians, half of whom were civilians, UN figures show. On the Israeli side, 73 people were killed, 67 of them soldiers.

An Abbas spokesman had said a truce that ended the suffering in Gaza would be welcomed, but added that it “must not have as its price a move away from the Palestinian and national consensus”.

The Palestinian unity agreement signed in April 2014 sought to end seven years of bad blood between Fatah and Hamas.