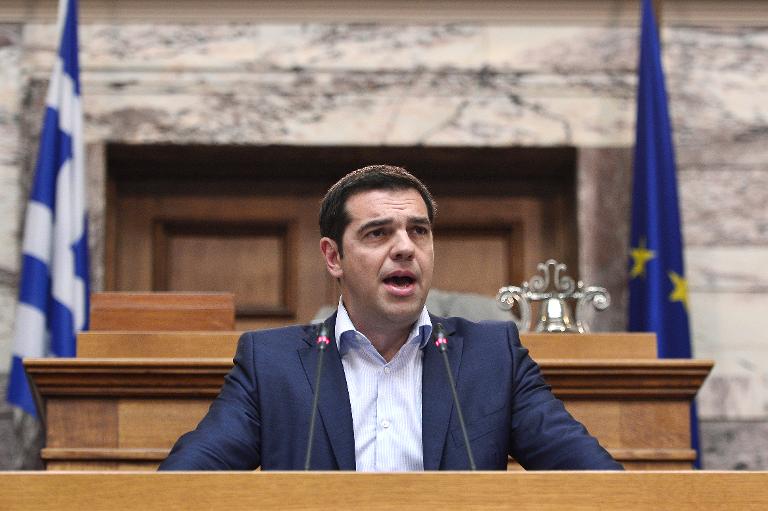 The International Monetary Fund has lost patience over Greece and is making it known.

The crisis lender over the past few days has publicly laid out its demands for Greece in the long-running fight over bailout funding, but also did the same with the Europeans, showing a new frustration with their hard line.

Until now, the IMF had left it to its European partners to lead “constructive talks” with Athens over what the country should be required to do to get another 7.2 billion euros ($8.1 billion) in bailout funding.

Greece needs the money to avoid falling in default on its loans, but it has refused to agree to more tough reforms and austerity measures required by the IMF, European Central Bank and European Commission.

But the series of fruitless meetings in Brussels has pushed the Fund to change its tone under the impetus of its managing director, Christine Lagarde, fed up with the hesitation of the Europeans and Athens’ intransigence.

The first sign of this came from IMF spokesman Gerry Rice, who last week was uncharacteristically frank when others were suggesting progress in the negotiations.

“There are still major differences between us in most key areas,” Rice told reporters.

“There has been no progress in narrowing these differences recently. Thus we are well away from an agreement.”

When that failed to elicit a change, three days later on Sunday IMF chief economist Olivier Blanchard stepped up the pressure, calling on the Europeans to take “difficult decisions” and agree to lighten Greece’s debt service burden, something eurozone leaders would have trouble selling to their voters.

The Fund’s going public with views it has reserved for private discussions in the past has not endeared it to anyone, especially the Greeks.

It also revived nagging tensions dating back to the initial Greek rescue when Germany insisted the IMF join in the rescue of Greece.

“It was an error to invite the IMF to the negotiating table,” European deputy Alain Lamassoure told the newspaper Les Echos.

German Chancellor Angela Merkel “had hopes for it at the time, but she was wrong because the problem should have stayed in the European family.”

In taking its frustrations public, The IMF knows that it will become the target.

But the institution is convinced that it now has little choice, with Athens out of money and scheduled to pay the Fund back 1.5 billion euros ($1.7 billion) by the end of this month.

“The IMF wants to intensify its pressure on the Europeans. We’re at the end of the game, everybody is trying to use its last bullet,” said Andrea Montanino, who formerly represented Italy on the IMF executive board.

“The IMF would be the first to loose money, and it tries to do whatever it can to preserve its resources.”

For several years now the Greece bailout has poisoned relations between its creditors.

But the IMF is running out of time and credibility. The Fund in theory can only lend to countries which are at or can be brought to the point where their debt burden is sustainable.

But Greece’s problems were so deep the IMF had to amend its rules before it approved loans worth 48 billion euros to the country.

The caused a lot of grumbling internally. Desmond Lachman, formerly with the IMF’s European department, said the special treatment Greece received “has fueled frustration among emerging countries that are seeing this as unfair.”

Added to this is another challenge, more political in nature. Christine Lagarde’s term as IMF managing director comes to an end in July 2016, and what happens in Greece will weigh heavy if she seeks to renew the job.

“If Greece blows up and default on the IMF, this would be a huge failure for her,” said Lachman.