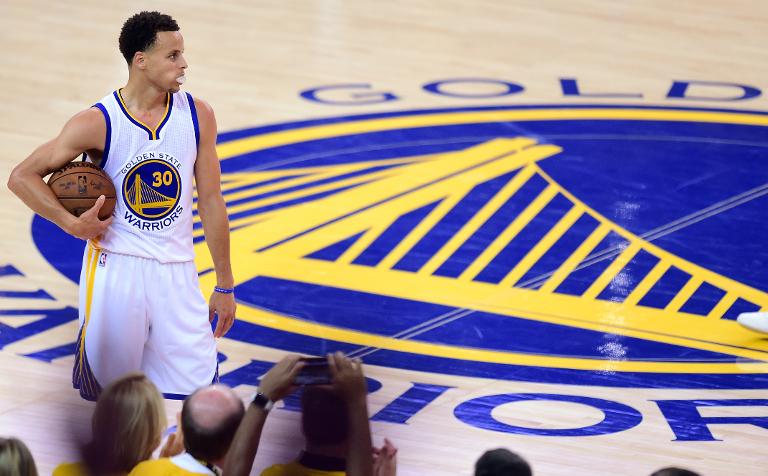 With a first-year coach in Steve Kerr and a team lacking any player with NBA Finals experience, the Golden State Warriors began the season as unlikely title candidates.

But they ended the campaign as champions, capturing the club’s first crown in 40 years with a 105-97 victory Tuesday at Cleveland to defeat the Cavaliers 4-2 in the best-of-seven series.

And NBA regular season Most Valuable Player Steph Curry says the Warriors should be rated among the greatest clubs the league has ever seen.

“We definitely are a great team, a team that should go down in history as one of the best teams from top to bottom,” Warriors star guard Curry said. “We have a lot of things to be proud of this season.”

It’s the first championship squad lacking a player with prior finals experience since the 1991 Chicago Bulls and Kerr became the first rookie coach of a champion since Pat Riley with the 1982 Los Angeles Lakers.

Kerr, who won three titles as a guard with the Bulls and two more with San Antonio, said his idea to install a faster-paced attack to balance a tough defensive side seemed a good idea, but he had no clue just how good it was.

“We felt like it would work but I would be lying to you if I told you I felt like we were going to win the NBA title,” Kerr said.

The Warriors went an NBA-best 67-15 on the season, with the top scoring and defensive numbers as well as the best league shooting accuracy.

“He has won five of these so you have got to trust a guy who has been here before and his view for our team,” Curry said of Kerr. “We found a recipe for success and that’s the most important thing for us.

“Now that we have this under our belt I think we can appreciate what we were able to do this year. It’s hard to understand in the moment what 67 wins means in the grand scheme of the history of the NBA, how hard that is.”

“Everybody wanted to talk about the number of threes we took,” Kerr said. “We were the number one defensive team in the league and that’s what wins.”

Andre Iguodala, who came off the bench in the title series to earn NBA Finals MVP honors, said hunger made up for the lack of finals experience.

“We have a lot of different personalities,” Iguodala said. “But the common denominator is guys were like really hungry to show what they can do individually and then we really believed in our team as a group and what we could do.”

“When you get all those guys together and say we’re going to do it together as a team, that’s an awesome formula for what we put together and that is a championship.”

Draymond Green had something to prove to those who doubted he would ever have an impact in the NBA, producing 16 points, 11 rebounds and 10 assists in the title clincher.

“A lot of people said I could never play in this league. Too slow, too small, can’t shoot well enough, can’t defend nobody. I’ve been doubted my whole life,” Green said. “I’ve got heart and that’s what stands out. And I’m sitting here an NBA champion. They can never take that away.”

Shaun Livingston was a journeyman but found a home with the Warriors and says, “To be here now as world champion, it’s the greatest feeling in the world.”

Nigerian Festus Ezeli devoted himself to Kerr’s system, saying, “Teamwork makes the dream work and this is the dream right here. We are NBA champions baby.”