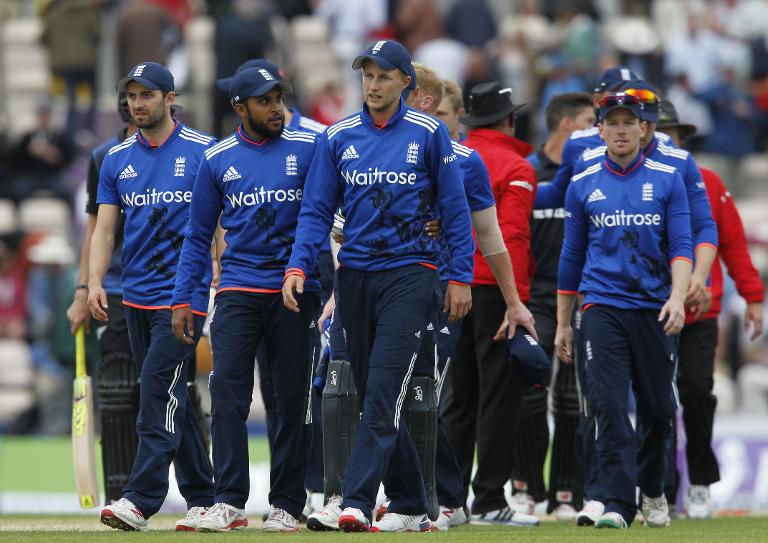 Earlier this year, England suffered a first-round exit at the World Cup and failed to beat a rival Test side in the process.

New Zealand were responsible for their most comprehensive defeat, winning with a mammoth 226 balls to spare during an eight-wicket win in Wellington.

But in the first three matches of the ongoing one-day series between the two countries, England have scored 1,075 runs from 141.2 overs and, significantly, have passed 300 on three successive occasions for the first time in their ODI history.

It is a measure of World Cup finalists New Zealand’s class that they nevertheless lead the series 2-1 with two to play heading into Wednesday’s fourth match at Trent Bridge.

But former all-rounder Mascarenhas, who won 34 limited overs caps for England and enjoyed a 17-year career with county side Hampshire, said he was always aware of the latent talent of Eoin Morgan’s team.

“It hasn’t surprised me. They’ve always had potential to play like this,” he told reporters at Trent Bridge on Tuesday.

Mascarenhas added such was the approach of both teams that bowlers on both sides faced a hard time in the remainder of a series that concludes at north-east county Durham’s Chester-le-Street ground on Saturday.

“The way both teams are playing there’s going to be stages you lose wickets… but more often than not, if they keep going the way they are, they’re going to score big runs and win more than they lose.”

Unliked at the World Cup, England are now fielding a left-arm paceman in David Willey, who took three for 69 during New Zealand’s three-wicket win at Hampshire’s Rose Bowl ground on Sunday.

But his figures were surpassed by New Zealand’s Ben Wheeler who, playing in place of injured fellow left-arm seamer Trent Boult, took three for 63 on ODI debut.

But Mascarenhas does not believe a left-arm quick should be in a one-day side for variation’s sake alone.

“I wouldn’t say it’s essential… definitely not. If you’re good enough, you will play. There’s no point just picking a left-armer for variation.

“To me, you pick your best four or five bowlers for each game. If a left-armer is one of them, brilliant.”

Willey, the 25-year-old son of former England batsman turned umpire Peter Willey, produced a classic left-armer’s delivery to bowl New Zealand opener Martin Guptill for two on Sunday at a ground where the Blackcaps batsman had made 189 not out against England two years ago.

“You can see from successful one-day sides that they have had a left-armer — and England have been looking out for one,” David Willey said.

“Fingers crossed, if I can play the last couple of games, I can do well and make a name for myself.”

He added: “Ever since I was a young boy, my father has told me how valuable left-armers are.

“He has always encouraged me to keep swinging the ball, even if I am not express pace.

“Being a left-armer that swings it back into the right-hander is my main asset, and that is why I have been picked in this squad.”

As for the ball that bowled Guptill, Willey said he wouldn’t mind a few more like it.

“I think it just nipped back a bit as well.

“That is the perfect left-armer’s delivery, so I hope I can replicate that.

“I’ve always been able to do it naturally. Fortunately for me, that is my main strength.”