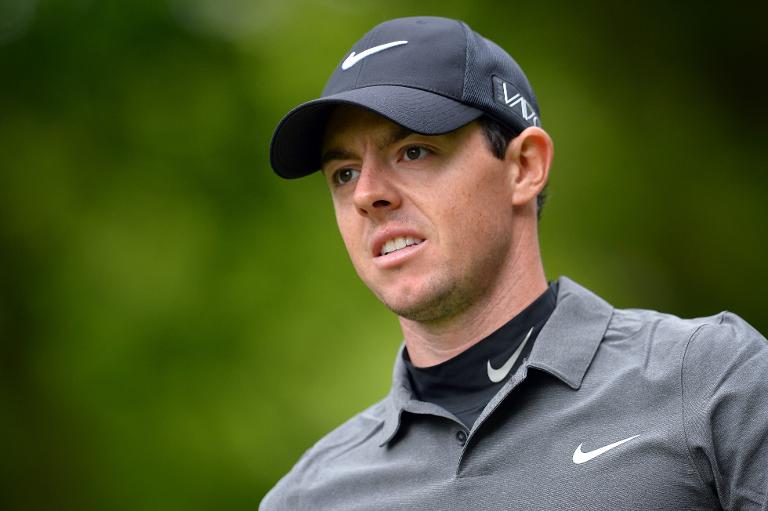 Rory McIlroy said Tuesday that, like basketball star LeBron James, he believes he is the best in the world at his sport and that is how he will approach Thursday’s opening round in the US Open.

The 26-year-old Northern Irishman will be tournament favourite at Chambers Bay, south of Seattle, and with four major titles already under his belt, he is primed to join the likes of Seve Ballesteros, Byron Nelson and Phil Mickelson on the all-time list.

With Tiger Woods continuing to struggle badly with his form, McIlroy is the superstar in the 156-strong field, at the same time as James is inspiring the Cleveland Cavaliers in the NBA Finals against the Golden State Warriors.

Asked what he thought about comments from James that he was currently the number one basketball player in the world, McIlroy said he felt an affinity.

“I think when LeBron talks about that, that’s not confidence, that’s a fact, I guess, when you look at how he’s carried his team in these finals. So if you look at the numbers, you can really see he is the best player in the world.

“And I guess for me I feel the same way, when I look at the world rankings and I see my name up at the top.

“If you look back at the last four or five years, I guess I’ve won more majors than anyone else in that time period.

“So do I feel like the best player in the world? Yes. And obviously I want to go out every week and try to back that up and show that.”

Back-to-back major wins last year at the British Open and the PGA Championship propelled McIlroy to his present elevated status in golf, ending a long period of uncertainty at the top of the tree.

Two wins on the USPGA Tour early in the year and a fourth place finish in the Masters further confirmed his domination, but oddly McIlroy’s last two tournaments – both in Europe – resulted in back-to-back missed cuts.

That was more a mental tiredness than a physical one, he said, blaming a busy run of tournaments through April and May. Two weeks off leading into Chambers Bay was just what he needed.

Besides, McIlroy believes that he will always have some form dips throughout his career, something he saw as being not necessarily a bad thing.

“I didn’t obviously want to miss those two cuts in Europe. But I think that’s just the way I’m going to be,” he said.

“I’d rather, in a six-tournament period, have three wins and three missed cuts than six top-10s. It’s just that volatility in golf is actually a good thing. If your good weeks are really good, it far outweighs the bad weeks.”

One thing for sure that will not hamper McIlroy’s chances this week will be the matter of pressure on him to win the tournament having been handed the favourite’s tag.

That, he said, he had already experienced this year at Augusta for The Masters. The US Open, in far-flung Washington State, he said was “much quieter.”

“I can get here and just do my thing without much worry. And I guess, as well, there’s not as much on my mind about what I can achieve,” he said.

“It’s hugely important, a chance to win a second US Open and the fifth major, and that’s all important, but there was just so much hype and so much attention around Augusta, this one feels very different.”