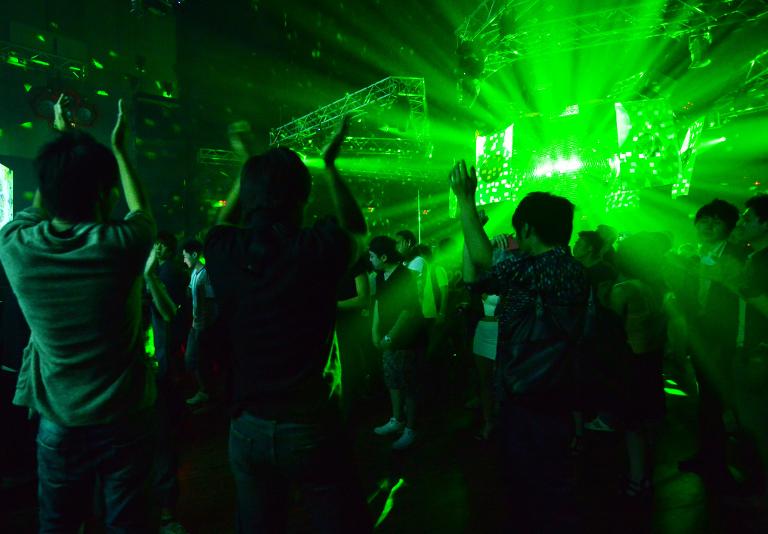 Dancing after midnight in Tokyo will no longer be illegal — as long as it’s not too dark — after Japan’s parliament Wednesday voted to relax laws that banned boogying in one of the world’s clubbing capitals.

Under current rules dance clubs across the country are supposed to stop people from shaking their stuff once the clock ticks over to 12am.

The law, which dates from 1948, during the US occupation, was put in place amid concerns that the relatively liberal social attitudes of the Americans were corrupting Japan’s youth.

It was also an attempt to curb prostitution, which was rife in the poverty of post-World War II Japan.

The Law on Control and Improvement of Amusement Business was so wide-ranging that even some dance classes — including ballroom — fell foul of it because they involved people dancing in pairs.

Enforcement was considerably relaxed as Japan boomed in the 1960s, 70s and 80s, allowing clubland to thrive in the big cities.

But after decades of turning a blind eye to the clubs, a police crackdown began following the 2010 death of a 22-year-old student after a fight in an Osaka club.

Hit by a wave of raids by police who said they wanted to prevent an “excessively hedonistic atmosphere” at clubs, most of the city’s venues were shut down for licensing violations, pulling the plug on Osaka’s thriving dance scene.

Advocates of all-night dancing lambasted the rules as out-of-date and hypocritical, especially after the government made hip-hop dancing a regular subject for junior high school students in 2012.

Under the new law, which is expected to take effect by June next year, dancing after midnight will be allowed if the club has a light level of at least 10 lux.

A lux is a measurement of light over a given area, and 10 lux is approximately equivalent to what a movie theatre looks like with the lights on, according to Panasonic.

The police will be tasked with monitoring light levels in clubs, Jiji Press reported, and will be able to take action against those that do come up to scratch.

The new law also makes provision for clubs that do not serve alcohol after midnight to stay open for 24 hours.