Home World India to seal deal on Rafale fighter jets in '2 to 3... 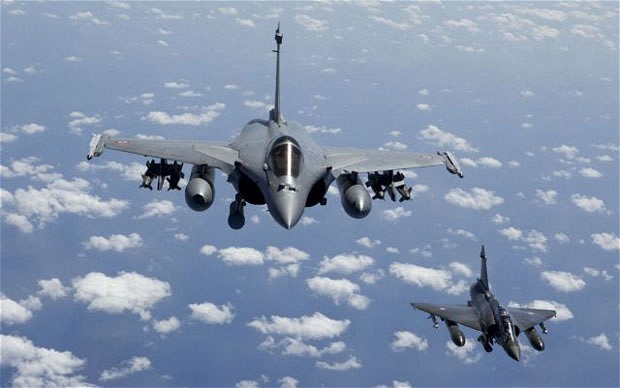 Paris:Â French Defence Minister Jean-Yves Le Drian said on Tuesday that talks with India over the purchase of 36 Rafale fighter jets were progressing well and would be finalised within “two to three months”.

“The discussions with the Indian authorities are progressing very well,” he said at the Paris Air Show where he met Rao Inderjit Singh, India’s Minister of State for Defence, ahead of formal talks on Wednesday.

“I will travel to India very soon to see how it is all evolving but I don’t have a single worry,” added Le Drian, who was also in India last month for negotiations on the Rafale contract.

Asked how long until a final deal would be concluded, he said “in the order of two or three months”, mirroring a recent estimate by his Indian counterpart Manohar Parrikar.

Prime Minister Narendra Modi announced his decision to buy 36 Rafale fighter jets during a visit to France in April — a deal worth an estimated 5 billion euros ($5.6 billion).

The previous UPA government, which lost power last year, had planned to buy 126 Rafale fighters, but Parrikar dashed lingering hopes over the deal last month, saying the country would buy only 36 because they are “way too expensive”.

India has in recent years launched a vast defence modernisation programme worth about $100 billion, partly to keep up with rival neighbours Pakistan and China.

Since coming to power one year ago, Modi’s government has approved a string of contracts for new military hardware that had stalled under the previous left-leaning Congress party.

Modi, a hardline nationalist premier, also wants to end India’s status as the world’s number one defence importer and to have 70% of hardware manufactured domestically by the turn of the decade.