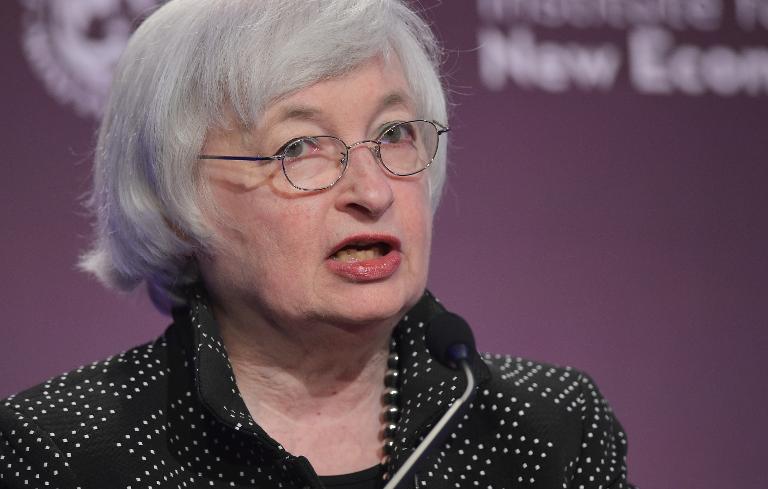 A year after the Federal Reserve pointed to mid-2015 — now — for its first rate hike in nine years, the US central bank is expected Wednesday to keep monetary policy on ice.

But with the economy picking up and Fed Chair Janet Yellen expressing increasing confidence in future growth, the key outcome of the Fed’s two-day policy meeting could be the strongest signal yet that the days of crisis-era ultra-low interest rates are numbered.

Analysts are increasingly focused on September for the liftoff of the federal funds rate from the zero level, where it has sat since 2008, if the economy continues to grow at the pace of the past few months.

Analysts expect the policy makers of the Federal Open Market Committee, led by Yellen, will want to wait for a bit more data to confirm their view that the weaknesses behind the first-quarter contraction were indeed, as they have said, transitory.

For Yellen, the key is to see firm signs of tightening in the jobs market, even if inflation stays low.

The May employment report, released on June 5, showed the best signs yet of that.

A huge 280,000 jobs were created, and the market absorbed a surge of returnees. Wages turned up at the same time, another sign of tightening.

“A month ago, people were worried about a rotten Q1 GDP and hopeful it would prove to be a one-off. Now we have two solid employment reports and a much healthier-looking consumer.”

The FOMC will release its normally terse policy statement at 2:00 pm (1800 GMT). Yellen then could fill in the gaps of what the statement does not say in a news conference shortly after the release.

Deutsche Bank said it expects Yellen “will reaffirm the case for beginning the process of policy normalization sometime later this year.”

“The Fed surely wants the option to hike in September, data permitting,” it said.

There are some reasons to be cautious: some of the recent data has shown continued weaknesses, in the industrial sector, in consumer willingness to spend, and in wage gains. And another key Fed gauge, inflation, remains far below what the FOMC wants to see, 2.0 percent over the medium term.

But Yellen has downplayed this issue in recent comments, also viewing it as transitory.

“The Fed does not need to see higher inflation to raise rates, as long as it is confident inflation will be higher in the future,” Low said.

What Yellen does not say about the timing for rate increases could be spelled out in the “dot plot” of FOMC members’ individual forecasts of where the fed funds rate will be at the end of this year and the end of 2016.

Most analysts look to the median of the plot, which is released with the FOMC statement. In March’s meeting the median for end-2015 was 0.625 percent, suggesting two quarter-point rate increases this year, starting in September.

That would start what is expected to be a series of gradual increases of the fed funds rate, toward a more normal monetary policy stance.

Analysts at High Frequency Economics predict the median will be the same in Wednesday’s FOMC outlook.

“The more officials emphasize that the pace is likely to be gradual, the stronger the signal that tightening is imminent,” they added.