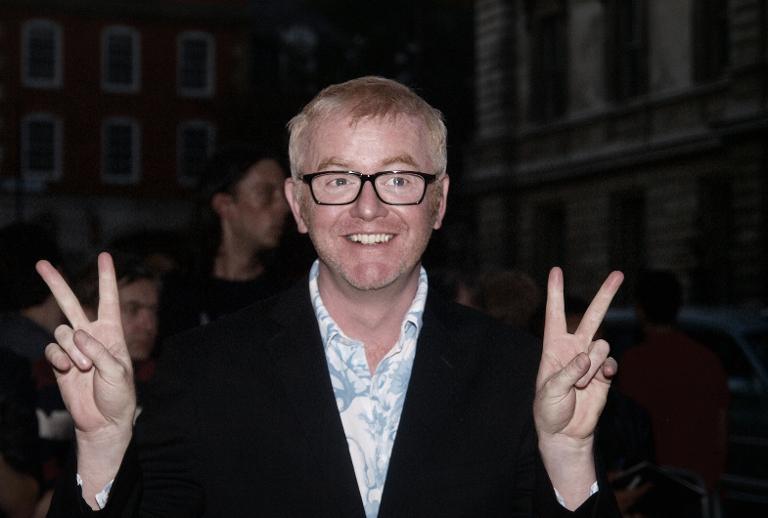 The BBC said Evans, 49, had signed a three-year deal to present the world’s most popular factual TV programme — and announced that Clarkson’s former co-presenters, James May and Richard Hammond, would not be returning, after months of speculation.

Clarkson was dropped from the madcap “Top Gear” programme, which has 350 million viewers per week in 170 countries, after he punched a producer in the face in March.

A BBC spokeswoman said Evans’ co-presenters would be announced “in due course”, with production of the new series starting in the next few weeks.

“‘Top Gear’ is my favourite programme of all time, created by a host of brilliant minds who love cars and understand how to make the massively complicated come across as fun, devil-may-care and effortless.

“Of course, it’s anything but and that’s the genius of ‘Top Gear”s global success.

“I promise I will do everything I possibly can to respect what has gone on before and take the show forward.”

Evans is a well-known motoring enthusiast who has an impressive collection of expensive fast cars, including rare Ferraris.

“Top Gear”, filled with stunts, road tests, adventures and experiments, has featured his car collection in a previous series.

Evans currently presents the breakfast show on BBC Radio 2, — considered the biggest job in British radio — and he will also stay on in the role.

– Clarkson felled by own punch –

Clarkson’s contract was not renewed after an internal BBC investigation found he physically attacked producer Oisin Tymon following a lengthy verbal tirade — reportedly because the presenter was annoyed at a lack of hot food after a day’s filming.

The outspoken presenter, 55, flagged the incident to the BBC after Tymon took himself to hospital.

Clarkson is caricatured by fans as a straight-talking man-of-the-people and by detractors as a boorish bigot.

More than a million people signed a petition calling for him to be reinstated.

An extended farewell episode featuring some of the final footage shot with the Clarkson, May and Hammond trio will be screened later this month.

May, 52, tweeted his best wishes to the new appointment.

Kim Shillinglaw, controller of the BBC Two channel, said she was “delighted” that Evans would be taking the show forward.

“His knowledge of and passion for cars are well-known and combined with his sheer inventiveness and cheeky unpredictability, he is the perfect choice to take our much-loved show into the future,” she said.

But he made a comeback as an older, wiser and safer broadcaster.