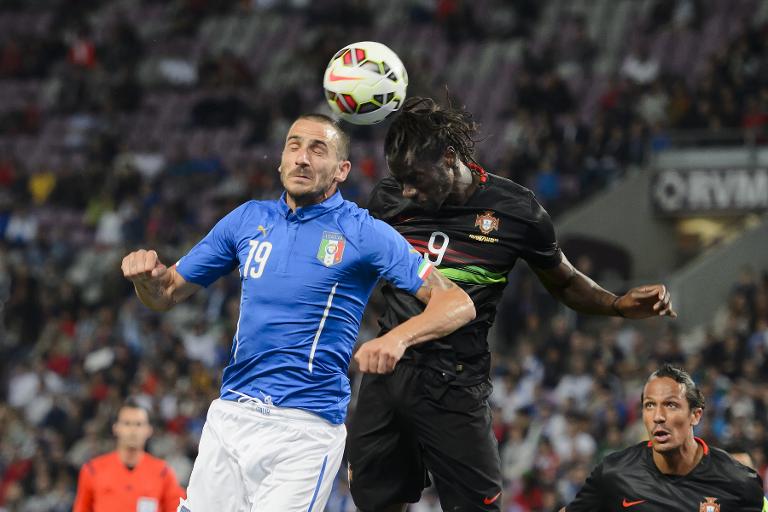 Eder scored the only goal of the game as Portugal recorded their first win over Italy since 1976 with a 1-0 friendly success in Geneva on Tuesday.

Fernando Santos’s men were in buoyant mood after last Saturday’s 3-2 Euro 2016 qualifying victory in Armenia and they produced a solid display against the Azzurri, who were previously unbeaten under coach Antonio Conte.

With World Player of the Year Cristiano Ronaldo given a rest, Portugal handed a start to Sporting Braga striker Eder, who had scored 10 league goals this season for his club in the Portuguese Primeira Liga.

After a low-key first half in Switzerland, the 27-year-old striker — born in the Portuguese colony of Guinea-Bissau — grabbed his first goal for his country with 52 minutes gone after an assist from Ricardo Quaresma.

Italy — who earned a highly creditable 1-1 Euro 2016 qualifying draw in Croatia last Friday — pressed for a leveller and Inter Milan defender Andrea Ranocchia should have provided it in stoppage time, but he fired wide with the goal at his mercy.