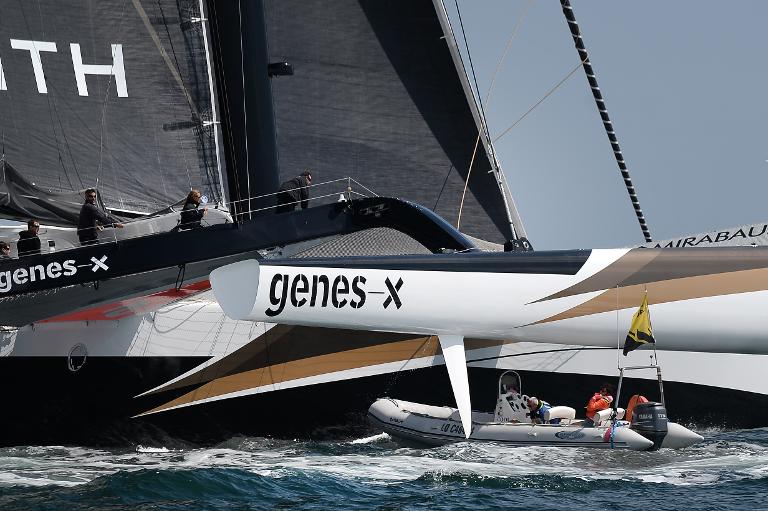 A woman was seriously injured as the start of the ninth and final stage of the Volvo Ocean Race was marred by a crash between two boats in Lorient on Tuesday, race organisers confirmed.

A trimaran crashed with an organiser’s inflatable boat with four people aboard.

A woman suffered a serious leg injury, according to the maritime police in Brest, and was evacuated by helicopter.

“We have been informed of an incident on the water between a trimaran and rigid-hulled inflatable boat of the Lorient race commissioners near the departure zone of the ninth stage,” said a statement by organisers.

“A woman was seriously injured and is receiving treatment at Lorient hospital. We are concerned about her condition and are staying in contact with stage organisers in Lorient and local authorities.”

Ocean Race organisers said they would supply more details once they had them.

An AFP photographer at the site said one or two people were knocked off the boat and into the sea, confirming one woman was seriously injured.

Once the race started, 45 minutes after the crash, Spaniards MAPFRE got off to the best start as Team SCA and Team Alvimedica were penalised for flying starts.

However, after five laps of the bay, it was Team Brunel who had taken control as the boats headed off for The Hague.

Any two of five boats could grab the final pair of podium positions after Abu Dhabi Ocean Racing, skippered by Briton Ian Walker, opened up an unassailable eight-point lead upon their arrival in France last week.

Team Brunel are currently in second place on 27 points, two clear of Dongfeng Race Team, and four ahead of MAPFRE. Meanwhile, fifth-placed Team Alvimedica, who have 33 points, still hold a slim chance of grabbing a spot should they score victory in leg nine.

The boats are expected to arrive in The Hague on Friday before leaving again on Saturday and reaching Gothenburg on Monday.