Controversial US activist: 'I definitely am not white' | Newsmobile
Monday, August 15, 2022

Home World Controversial US activist: 'I definitely am not white' 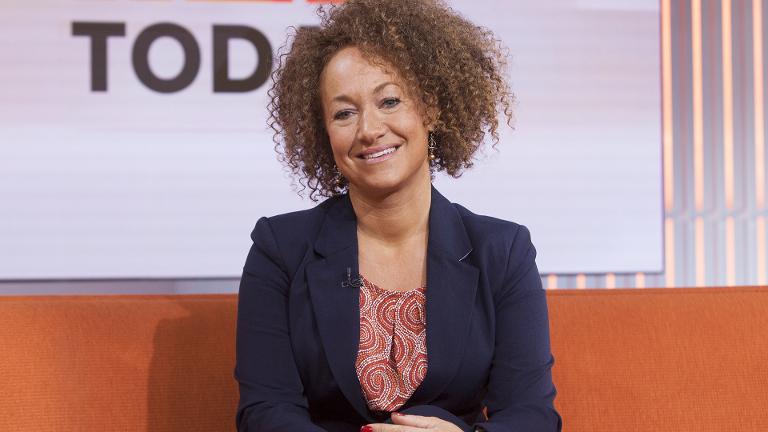 A US civil rights activist at the center of a national firestorm over allegations that she pretended to be black for years said Tuesday she is “definitely not white” and identifies as an African American.

Rachel Dolezal — who was president of the Spokane, Washington chapter of the National Association for the Advancement of Colored People (NAACP) — resigned from her post after her parents, who are white, said she is too.

But the 37 year old was unapologetic in a series of interviews with NBC News — her first since her story made headlines — and said the issue is one that transcends simple biology.

She said that by age five, she was already “drawing self-portraits with the brown crayon instead of peach. Black curly hair.”

“It’s a little more complex than me identifying as black or answering a question of ‘are you black or white?'” she said.

In comments to NBC Nightly News, she was even more defiant.

“I definitely am not white.”

“Nothing about being white describes who I am,” she said. “If you’re black or white, I’m black. I’m more black than I am white.”

Dolezal built a career as an activist in the black community of Spokane.

She rose to become the president of the city’s branch of the NAACP and served as an independent mediator for the city’s police force.

Neither position required that she be black, but media reports said Dolezal identified herself in application forms and in various public appearances and writings as at least partially black.

Dolezal’s parents, from whom she is estranged, have provided local media with a birth certificate and photographs of her as a blonde, fair-skinned child.

When asked if she had intentionally darkened her complexion, Dolezal said, “I certainly don’t stay out of the sun.”

But she bristled at the notion that she was putting on blackface, as some have suggested.

“This is not some freak ‘Birth of a Nation” mockery blackface performance. This is on a very real connected level — how I have actually had to go there with the experience,” Dolezal said.

She called the storm of criticism around her “viciously inhumane” and said she would make the same choices if she had to do it all over again.

“The discussion is really about what it is to be human,” Dolezal said, adding that she hoped the incident “really can drive at the core of definitions of race, ethnicity, culture, self-determination, personal agency and, ultimately, empowerment.”

In an interview with Fox News, Dolezal’s parents said their daughter had not shown signs of identifying as black from an early age.

“No, that is a fabrication, that’s false,” her mother Ruthanne said.

“Rachel is rejecting her biological family and she is also rejecting reality.”

The Dolezals, who adopted four black children and said they had multiple black friends, conceded that their daughter “was used to relating to people of diversity” and had always been attracted to the black community.

Dolezal had been “assimilated into the black culture and the African-American community now for 20 years,” her father Larry said.

“All we can surmise is that somehow that identity has transferred from being part of a multi-ethnic family with our adopted children to somehow thinking she’s herself multi-ethnic.”

When the controversy erupted around Dolezal, she initially dodged questions seeking clarification about her race and ethnicity, and she did not address her race in her NAACP resignation letter.

Leaders from the city of Spokane said in a statement they were “disappointed” over the episode and “the alleged misrepresentation.”

Experts consulted by AFP were not swayed by Dolezal’s explanations and said she may in fact have damaged the cause she was working to advance.

“She did not help the conversation regarding racial inequality â€“ quite the opposite,” said Charles Gallagher, a sociology professor at La Salle University in Philadelphia.

“Her story is a distraction from the simple fact that America is and remains a country where white privilege and racism are the norm.”

For G. Reginald Daniel of the University of California at Santa Barbara, “her behavior smacks of mimicry and appropriation, and ends up being disrespectful.”