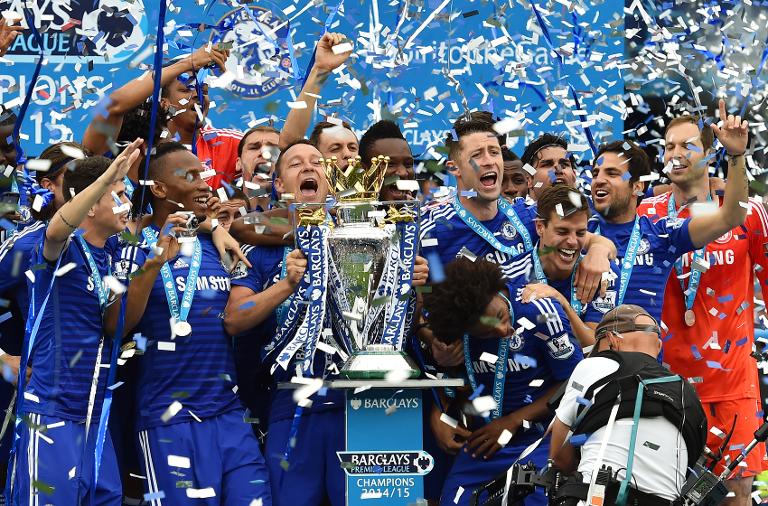 Chelsea will start the defence of their Premier League title with a home game against Swansea when the 2015/16 season gets under way on August 8.

Next season’s calendar released Wednesday gives Liverpool a chance to banish memories of their 6-1 drubbing at Stoke on the final day of last season, as they return to the Britannia on day one of the new campaign.

Another highlight of the opening weekend is Tottenham’s visit to Manchester United.

Manchester City start out at West Brom, while Arsenal kick-off against new West Ham boss Slaven Bilic at the Emirates.

Elsewhere on day one, Steve McClaren — one of three new bosses — starts out as Newcastle manager against Southampton at St James’ Park and Leicester are at home to Sunderland.

Once the opening weekend is out of the way Chelsea head to Manchester City for an early-season blockbuster, followed by clashes at West Brom and at home to Crystal Palace.

Manchester United are at Aston Villa on week two, followed by a home game with Newcastle and a trip to Swansea.

For City, Chelsea are followed by Everton (away) and Watford (home), with Arsenal taking in Crystal Palace (away), Liverpool (home) and Newcastle (away) after their opener.

The first Manchester derby of the season comes at Old Trafford on October 24, with the Etihad clash penned in for March 19. United face Chelsea in a tasty-looking festive clash on December 28 and meet them at Stamford Bridge on February 6.

McClaren’s first taste of the northeast rivalry with Sunderland will come at home on October 24, the first Merseyside derby is set for October 3 at Anfield, with November 7 the date for the first meeting between Arsenal and Tottenham.

Chelsea face Arsenal first on September 19, playing the reverse fixture at the Emirates on January 23.

The season runs to May 15, with Chelsea closing at home to Leicester.

Manchester United close at home to Bournemouth — a fixture which could have implications at both ends — with Arsenal at home to Villa and Manchester City at Swansea. Liverpool go to West Brom and Everton host Norwich.