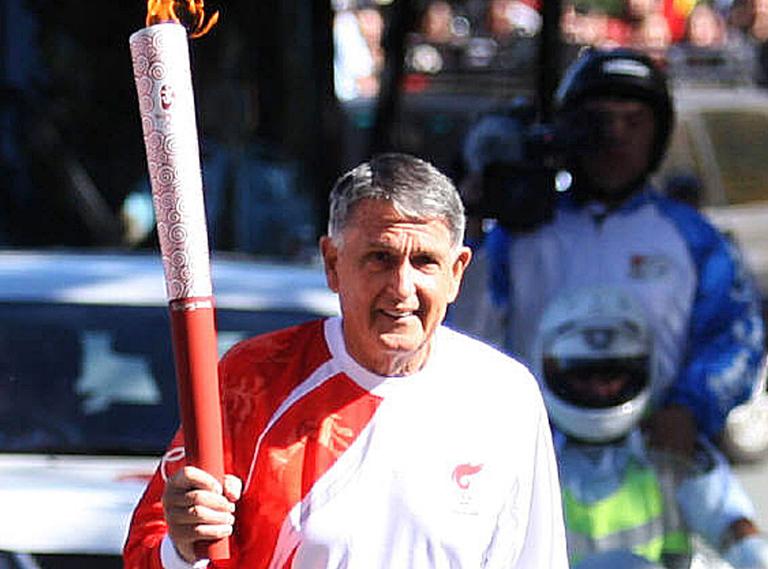 Australian athletics Wednesday mourned the loss of champion distance runner Ron Clarke at the age of 78.

Largely self-coached, Clarke never won an Olympic gold medal despite officially breaking 17 world records and at one point holding records for every distance from two miles to 20 kilometres.

“Today is a very sad day for athletics in Australia, with news of the passing of legendary runner Ron Clarke after a battle with illness,” Athletics Australia president David Grace said.

Clarke, who died after an unspecified illness, competed at the 1964 Olympics in Tokyo where he won a bronze medal in the 10,000m, and came ninth in both the 5,000m and marathon.

At the peak of his career the following year, he set 12 world records, nine of them in the space of 21 days, and was a favourite to win Olympic gold.

Yet he could not repeat his performances at the 1968 Games in Mexico at high altitude.

He finished sixth in the gruelling 10,000m almost unconscious from lack of oxygen, collapsing on the line and suffering heart damage.

Clarke recovered sufficiently to compete in the 5,000m a few days later, but came fifth.

The Australian Olympic Committee said Clarke was also involved in one of the greatest acts of sportsmanship on an athletics track when he tripped and fell during the Australian mile championship in 1956.

Fellow runner John Landy, who had been close behind, had to leap out of Clarke’s way. But Landy then went back, helped Clarke to his feet, and went on to win the race, his act of sportsmanship likely costing him a world record.

Clarke did not make the Australian Olympic team that year but the then 19-year-old was awarded the honour of lighting the flame at the 1956 Games in Melbourne.

After his athletics career, Clarke went on to become a successful businessman, author and the mayor of the Gold Coast, and was one of the original inductees into the Sport Australia Hall Of Fame in 1985.

“Ron was a great man. His contribution to athletics was enormous,” Olympic champion Herb Elliott said.

“He was also a wonderful contributor to public health through lifestyle programmes and gymnasiums and the communities in which he lived. Ron will be greatly missed.”