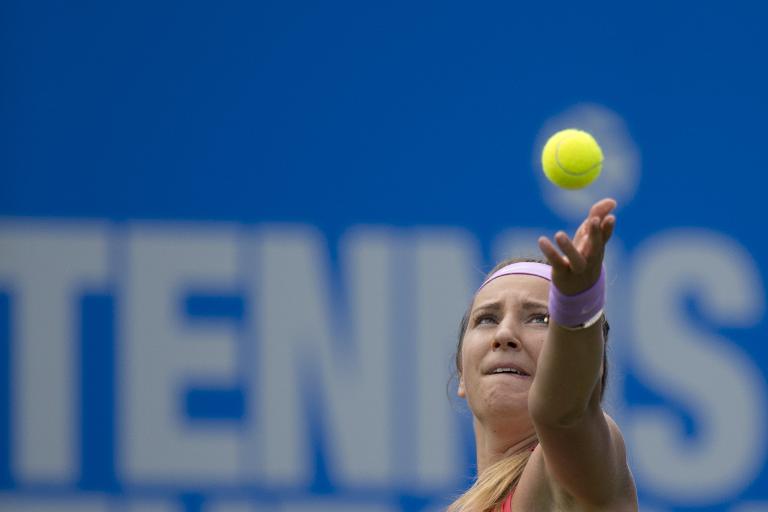 Victoria Azarenka, the two-time Grand Slam winner who once seemed capable of becoming Serena Williams’s successor, suffered another of a seemingly endless sequence of injuries when she was forced to withdraw from the Birmingham grass court Open.

These have already contributed to a two-year drought of titles, the loss of the number one ranking in 2013, and a fall from the top ten last year. This latest setback further emphasises the extent of the threat to her career.

Azarenka’s departure after only one match of this high quality warm-up event weakens her chances at Wimbledon, the grass court Grand Slam, which starts the week after next.

Once again her problem is a left foot injury, one of the ailments which sent her plummeting down the rankings during 2014, and which is proving depressingly difficult to deal with.

“It’s very disappointing for me to make this decision but I tried to practise and it just doesn’t feel one hundred percent,” Azarenka said through a prepared statement.

“I don’t think it is the right time for me to take a risk right now, especially right before Wimbledon, and I need to make sure I have the best preparation possible.”

Azarenka added that she hoped to return here when fully fit. However, it was evident on Tuesday after a far from convincing victory over Varvara Lepchenko, the sixth best American, that she became tense while answering questions about her future, and perhaps significant that she declined to talk about her fitness on Wednesday.

Even with 11 days in which to recover and prepare, it is now hard to see her doing well at Wimbledon. At the age of only 25, however, there may still be time to find a solution to her ailments.

Earlier, Ana Ivanovic, who won the first grass court title of her career here last year, relinquished it at the first hurdle this year when she lost to qualifier Michelle Larcher de Brito.

The world number seven from Serbia gained her highest ranking for more than six years after a great French Open earlier this month, but was beaten 6-4, 3-6, 7-6 (8-6) by a US-based Portuguese player ranked outside the top 100.

Ivanovic even had a chance to serve for the match at 5-4 in the final set, but saw her opponent play a superb game to break back. After that de Brito played increasingly like a player with little to lose, striking some crucially potent blows in the deciding tie-break.

Her timing was excellent and her feeling for the need to take calculated risks on a well manicured but lush surface was more ingrained than the champion’s.

Ivanovic felt coming through qualifying had helped her opponent.

“It’s tough playing someone who already had a few matches on the grass,” said Ivanovic, who was making the most difficult transition of all on the tour, from clay to grass.

“Today I started really bad until I found my rhythm and so on. Her ball was staying very, very low, so I struggled with it a little bit at times.

“I was really disappointed I couldn’t hold my serve in the third set. I think getting a win and moving on to the next one, it would be a different game next match. But it’s always tough, that change (of surface).”

It was all the more a surprising result because Ivanovic appeared to have worked her way out of trouble, after the flat-hitting and ambitious 22-year-old had broken serve early and clung on to the advantage well.

After taking five games in a row from 3-3 in the second set with some forceful baseline blows, the champion appeared to be motoring to victory, but was surprised by the strength of resistance when she attempted to close it out at 5-4.

After that de Brito was dangerously aggressive most of the time, earning two match points at 6-4 in the tie-break, both of which Ivanovic saved bravely. However she relinquished the third at 6-7 with a double fault.

“I stayed calm, definitely,” said de Brito. “I held my nerve. That’s one of the things I’ve been doing really well, trying to keep it together and not get too upset.”