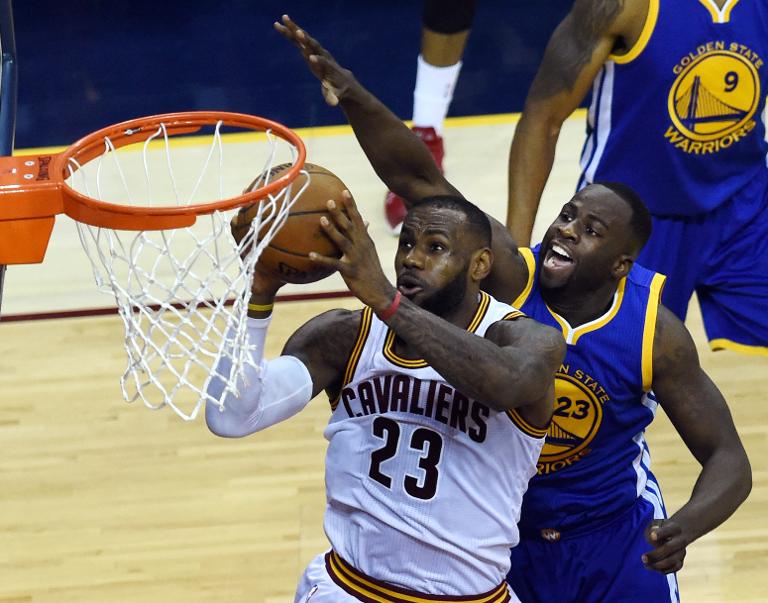 Despite the greatest one-man performance in NBA Finals history, LeBron James could not make the injury-weakened Cleveland Cavaliers a champion in his homecoming season.

The 30-year-old superstar took his once-woeful club from a doormat to a title contender that fell short Tuesday as the Golden State Warriors beat the Cavs 105-97 to win the best-of-seven series 4-2, extending Cleveland’s US-record drought without a major pro sports title to 51 years and counting.

“For me, it’s never a success if you go out losing, but I think we put ourselves back where this franchise needs to be, being a contender,” James said. “But we’ve still got a lot of work to do.”

James averaged finals highs of 35.8 points, 13.3 rebounds and 8.8 assists — an unprecedented statistical sweep and the top combined totals for any NBA playoff series ever. Only Kareem Abdul-Jabbar in 1974 and Hakeem Olajuwon in 1995 also had 30 points, 10 rebounds and five assists over a finals.

Defiant in the face of a season-ending left shoulder injury to Kevin Love in the first playoff round and a fractured left kneecap for star guard Kyrie Irving in the finals opener, James lifted an outmanned collection of role players and fill-ins within two games of a crown.

“Tried as much as we could to try to make up for those guys. It’s a lot of talent sitting in suits,” James said.

James had 53 assists in the finals, 11 more than the rest of the Cavaliers combined. But with swarming defense and a slow pace, they were able to win two games against the NBA’s top offensive and defensive squad.

“We were playing great, but we had no luck and we weren’t healthy,” James said. “We ran out of talent. We gave everything we had. The guys played as hard as they could as long as we could.

The spectacular numbers by “King James” prompted the Westgate sports book in Las Vegas to make the Cavaliers a 9-4 favorite for next year’s NBA crown Tuesday, ahead of Golden State and Oklahoma city at 5-1, a sign of the respect James has earned for the club.

“I haven’t thought about next season at all,” James said. “I didn’t win a championship, but I’ve done a lot of good things in this first year back, and hopefully I can continue it.”

James is 2-4 in the NBA Finals, well shy of prior superstar Michael Jordan’s 6-0 finals mark. James went 2-2 in four finals with Miami but is 0-2 with the Cavaliers, also falling in 2007.

“It’s really no great feeling when you lose,” James said. “Only thing you can do is just try to pick yourself back up whenever that time may be and then just go at it again.

“When you fall short, it hurts and it eats at you, and it hurts me to know that I wish I could have done better and done more to help us get over the hump. But it just wasn’t our time.”

Cleveland center Timofey Mozgov, the first Russian to play in the NBA Finals, was devastated in defeat.

James admits at times he thinks it would be easier not to come so close than to suffer the pain of losing in the finals.

“But then I lock back in and I start thinking about how fun it is to compete during the playoffs. If I’m lucky enough to get here again, it will be fun to do it.”