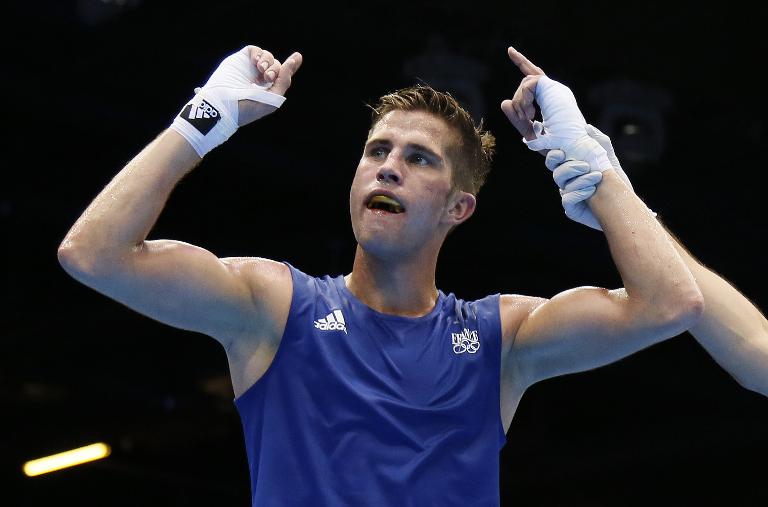 Alexis Vastine is still present in the French boxing team despite his tragic death in a helicopter accident while filming a reality TV show in Argentina earlier this year, their head coach Kevinn Rabaud told AFP in an interview at the European Games.

Vastine — just 28 when he and 9 others were killed when two helicopters collided in March — has also been used as an example to the largely young team who are in Baku for their first major championships since his death, in how he rebounded from several disappointments during his career.

The French Army corporal — who loved the poetry of Arthur Rimbaud and had a project to make a film on Arthur Cravan, a notorious Swiss-born English pugilist, poet and nephew of Oscar Wilde — had been rebuilding his career after another Olympic disappointment in London.

In the 2008 Games he lost controversially in the light-welterweight semi-finals but bounced back to take world military gold, in Baku, and then in 2012 he lost on a referee’s decision after his welterweight quarter-final ended 18-18.

Deprived as he saw it yet again of a merited victory he burst into tears and sat in the ring in protest, cheered by sympathetic spectators.

The second reverse plunged him into a spiral of doubt and severe depression but he once again rebounded and won his fourth world military gold last year to put him well on course for a third Games — until tragedy struck.

“He is present,” said Rabaud, who was especially close to Vastine and was at one point choked with emotion during the interview.

Rabaud, who along with his father boxed in the same gym as Vastine’s father, said difficult as it was for the boxing community in the aftermath of Vastine’s death he had rallied them.

“I brought the boxers and the coaches together rapidly in the days following the tragedy,” said a tearful Rabaud.

“‘Alexi’ had experienced difficult events and he got over them. Indeed his disappointments made him stronger — and how he did that was through boxing, which was exemplary.

“So I told them to use that as an example. I said go out there and the best way you can pay homage to him is by fighting and winning. Three days after his death they were back in the ring.”

Rabaud, who highlighted Vastine’s sensitivity and his ability inside the ring to think outside the box, said he used the way the Vastine family had tried to move on after being hit by a double tragedy — in January their 21-year-old daughter Celie was killed in a car crash — to also motivate his boxers.

“They are a family of boxers. His father (Alain) trains young lads locally (in the Normandy town of Pont-Audemer) while Andrei (European bronze medallist in 2011) will compete in the world military championships later this year.

“To see the family invest so much, when they’ve lost so much, for me it means we do not have the right to stop. We need to support the family which means we must work and pursue our goals.

“We are obliged to overcome any obstacles in our way and to mobilise our forces so that we fulfil our obligations towards them.”

Of the French boxers out in Baku Rabaud, who will see for the first time the women’s team compete alongside their male colleagues, says Suleiman Sissoko in the 69 kilogramme category resembles Vastine the most in style.

“He is a natural talent. He has a natural feel for boxing and he is the most similar to ‘Alexi’.”