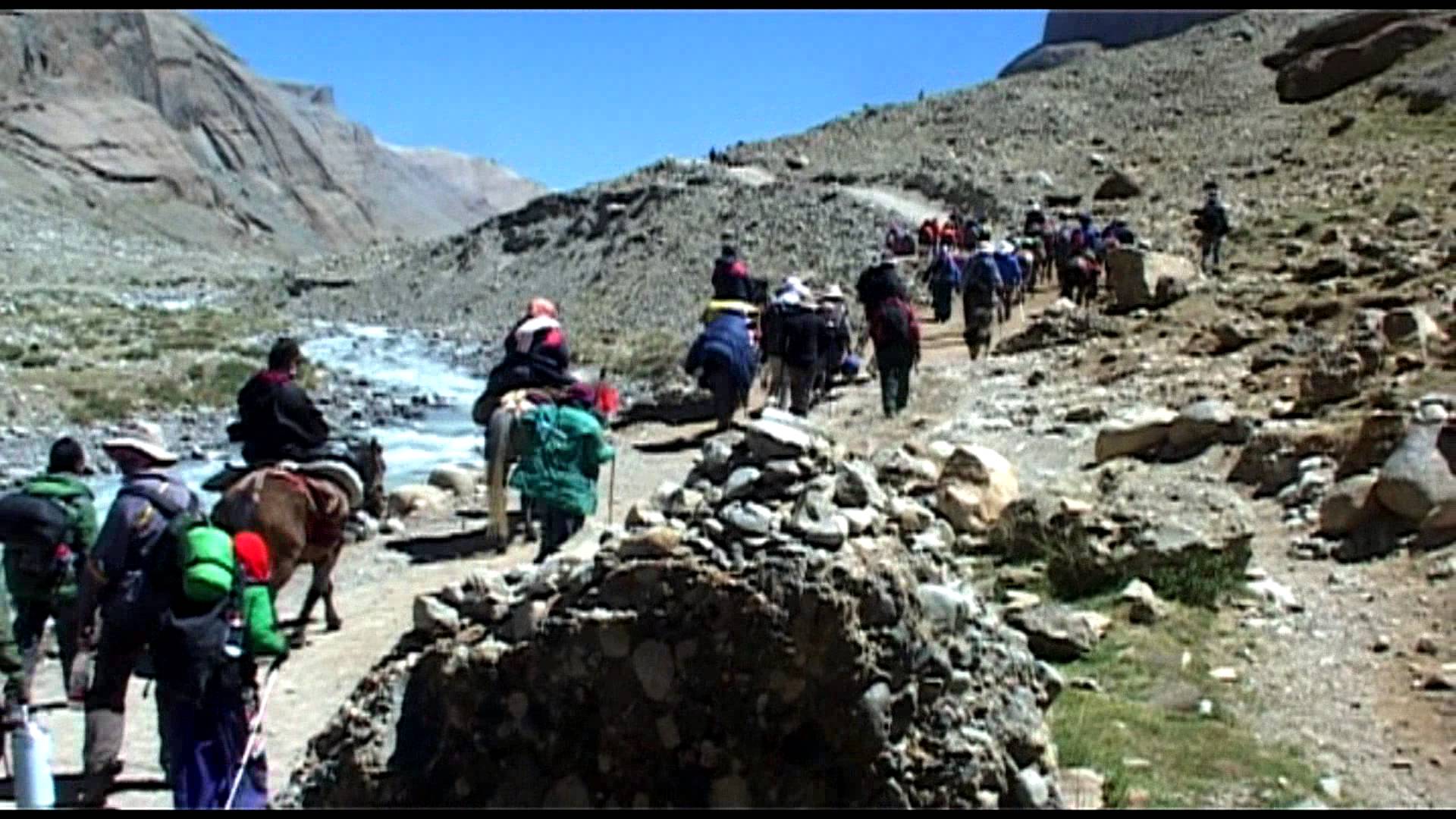 New Delhi: External Affairs Minister Sushma Swaraj on Tuesday flagged off the first batch of pilgrims for Kailash Mansarovar Yatra in the Tibetan Autonomous Region of China through a new route.

The new route was announced by Chinese President Xi Jinping during his visit last September.

The new route through the Himalayan pass of Nathu La, 4,000 metres above sea level, will facilitate more comfortable travel for the Indian pilgrims, especially for elderly people, by buses compared to the existing way via Lipulekh Pass in Uttarakhand.

“I am delighted to flag off the batch of pilgrims to Kailash Mansarovar today for two reasons. Firstly, the promise I made last year of enabling the elderly citizens to undertake the pilgrimage is being fulfilled and secondly the happiness I see on faces of these people who otherwise would not have been able to undertake the yatra,” Swaraj said.

It was Swaraj’s first public event since the row broke outÂ on SundayÂ over the minister helping former IPL Commissioner Lalit Modi get travel documents from the UK.

A total of 18 batches, each comprising around 60 pilgrims, will visit Kailash Mansoravar through the existing route while five batches having 50 pilgrims each will visit it through the newly opened route.

“When I took over as the External Affairs Minister, I had promised that we are in conversation with China for developing an alternate route to Kailash Mansarovar which will be completely motorable,” Swaraj said.

Swaraj said the government will keep track of the movement of the pilgrims so that assistance can be provided whenever it is required. She said two officials will also accompany the pilgrims.

“We discussed it when Chinese Foreign Minister Wang Yi visited India. Our Prime Minister Narendra Modi had also raised it with President Xi Jinping and the route was finalised.

“When I visited China, letters were exchanged regarding the same and when PM visited China he had thanked Jinping,” she added.

The minister said opening of this route is an important milestone in diplomatic relations between India and China.

“People-to-people contact is of prime importance in diplomacy and if it is through pilgrimage, it becomes even more important,” Swaraj said.

The first batch of pilgrims undertaking the annual pilgrimage through the existing route of Lipulekh Pass in Uttarakhand was flagged off by Swaraj on June 11.

“I am sure the elderly people in this batch must have thanked China for the same as they would have been devoid of the experience otherwise,” she said.