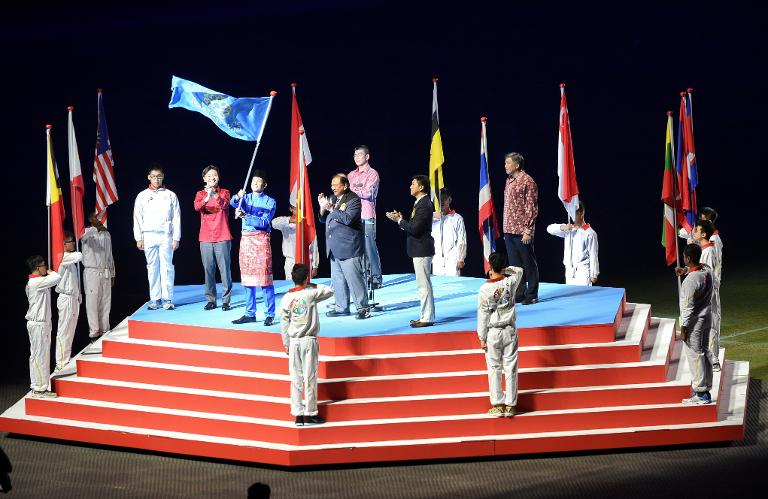 Singapore passed the Southeast Asian (SEA) Games baton to 2017 hosts Malaysia as the competition wrapped up with a colourful closing ceremony on Tuesday.

Malaysia will have a tough act to follow after Singapore’s slickly-organised event based around their newly-built, billion-dollar Sports Hub complex.

The tiny city-state also topped the medals table for much of the Games before finishing second with 84 golds to Thailand’s 95.

Tuesday’s ceremony veered from poignant to unpredictable as a tribute to Mount Kinabalu earthquake victims gave way to a parade celebrating Singaporean stamps.

It followed a competition where Singapore’s Joseph Schooling reinforced his reputation as a potential world-beater when he won nine swimming golds.

But Singapore were soon superseded by Thailand, who bossed track and field, golf and tennis and completed their golden run with a thumping 3-0 football final win over Myanmar.

Controversies included arrests for alleged football match-fixing, and the Philippines’ request for a gender test on an Indonesian women’s volleyball player.

Suspected food poisoning laid low several cyclists, and Malaysians rallied round a top gymnast after critics slammed her for competing in revealing clothing.

On Tuesday, Thailand grabbed two final gold medals in badminton and volleyball, and Singapore won the men’s water polo to push their best-ever total to 84.

Vietnam finished third on the table with 73 golds and Malaysia, who formally accepted the SEA Games federation flag at the closing ceremony, were fourth with 62.

Singaporean officials admitted the SEA Games’ malleable sporting roster, routinely adjusted to suit the host nation, was a big factor behind their success.

But they promised not to fall into the same trap as 2013 hosts Myanmar, who won 86 gold medals on home soil but just 12 in Singapore two years later.