Second thoughts: Is a tiny addition in time too much? | Newsmobile
Friday, August 12, 2022

Home World Second thoughts: Is a tiny addition in time too much? 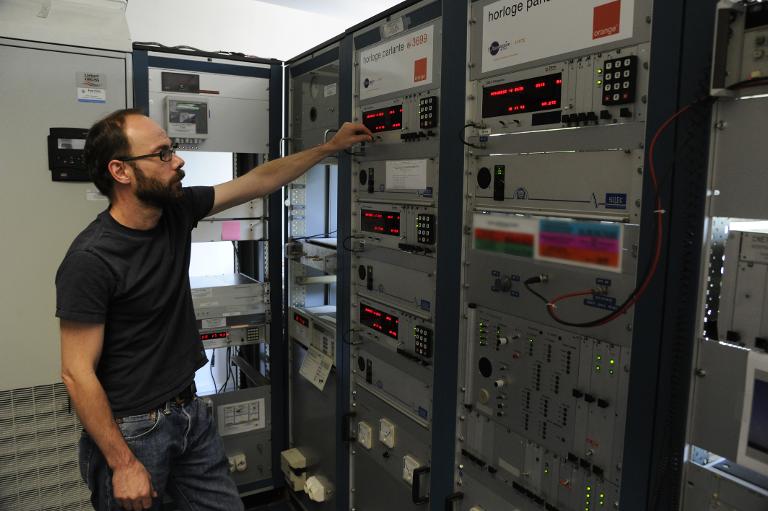 Question: When is a minute not a minute?

The answer: At 2359 Greenwich Mean Time (GMT) on June 30, when the world will experience a minute that will last 61 seconds.

The reason for the weird event is something called the leap second.

That’s when timekeepers adjust high-precision clocks so that they are in sync with Earth’s rotation, which is affected by the gravitational tug of the Sun and the Moon.

Few of the planet’s 7.25 billion people are likely to be aware of the change… and even fewer will have set plans for how they will spend the extra moment.

But for horologists, the additional second is a big deal, and there is a wrangle as to whether it is vital or should be scrapped.

“There is a downside,” admits Daniel Gambis, director of the Service of the Rotation of the Earth — the poetically named branch of the International Earth Rotation and Reference Systems Service (IERS), in charge of saying when the second should be added.

To be clear, the leap second is not something that needs to be added to that old clock on your mantlepiece.

Instead, its importance is for super-duper timepieces, especially those using the frequency of atoms as their tick-tock mechanism.

At the top of the atomic-clock range are “optical lattices” using strontium atoms, the latest example of which, unveiled in April, is accurate to 15 billion years — longer than the Universe has existed.

Outside the lab, caesium and rubidium clocks are the workhorses of Global Positioning System (GPS) satellites, which have to send syncronised signals so that sat-nav receivers can triangulate their position on Earth.

The Internet, for instance, sends data around the world in tiny packets that are then stitched together in micro-seconds. Some algorithms in financial trading count on gaining a tiny slice of a second over rivals to make a profit.

There have been 25 occasions since 1971 when the leap second was added in an effort to simplify Coordinated Universal Time (UTC), the official monicker for GMT.

But over the last 15 years, a debate has intensified about whether the change should be made, given the hassle.

“The argument of critics is that it’s become more and more difficult to manage these days, as so much equipment has internal clocks,” says Roland Lehoucq of France’s Atomic Energy Commission (CEA).

“The problem is synchronisation between computers. They do sort things out, but sometimes it can take several days.”

The last modification, on June 30, 2012, was disruptive for many Internet servers — the online reservation system for the Australian airline Qantas “went down for several hours,” says Gambis.

“It’s time to get rid of the leap second. It causes complications and bugs,” argues Sebastien Bize, a specialist in atomic clocks at the SYRTE Laboratory — it means Time-Space Reference System — at the Paris Observatory.

Gambis defends the change on the grounds of principle.

After all, if the world got rid of the leap second, time as counted by mankind would no longer be coupled to the exact rotation of the planet it lives on.

“That would mean in 2000 years, there would be an hour’s difference between UTC and the time it takes for the Earth to complete one complete turn,” notes Gambis.

“It would mean that, on a scale of tens of thousands of years, people will be having their breakfast at two o’clock in the morning.”