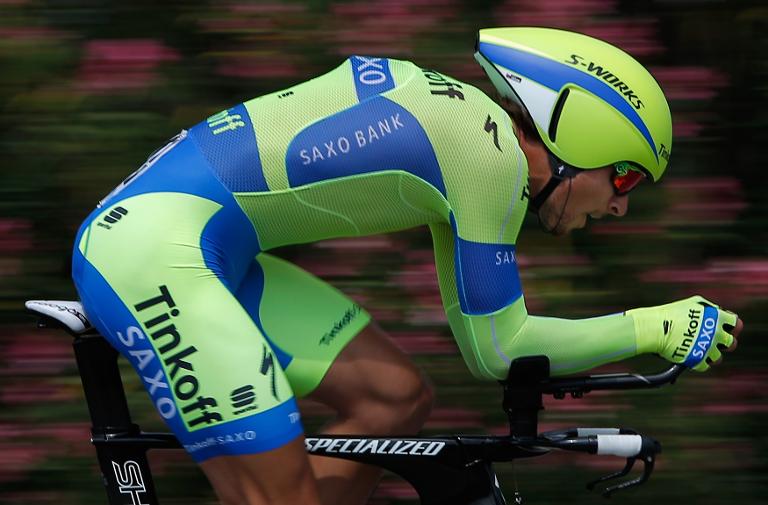 Peter Sagan sprinted to victory on the shortened 117.3km third stage of the Tour of Switzerland on Monday as Tom Dumoulin maintained his overall lead.

Slovakia’s Sagan edged out Spain’s Daniel Moreno and Thibaut Pinot of France in the finish at Olivone.

Dutchman Dumoulin finished with the leaders to maintain his five second advantage over Moreno and Saga in second and third.

Britain’s Geraint Thomas and Pinot, who was third at last year’s Tour de France, round out the top five, separated by just 12 seconds.

Bad weather on the St-Gothard mountain saw the start of the stage moved from Brunnen to Quinto and the distance cut by more than 50km.

A three-man breakaway of Stefan Denifl, Marco Marcato and Branislau Samoilau built up a lead of six minutes on the peloton at one point but Sagan’s Tinkoff team and Dumoulin’s Giant outfit led the chase.

Once the trio were reeled in, a number of other riders tried to attack alone but Tinkoff chased hard to ensure Sagan reigned in the sprint.

Tuesday’s fourth stage is over 193.2km from Flims Laax Falera to Schwarzenbach and is suited to a sprint finish.