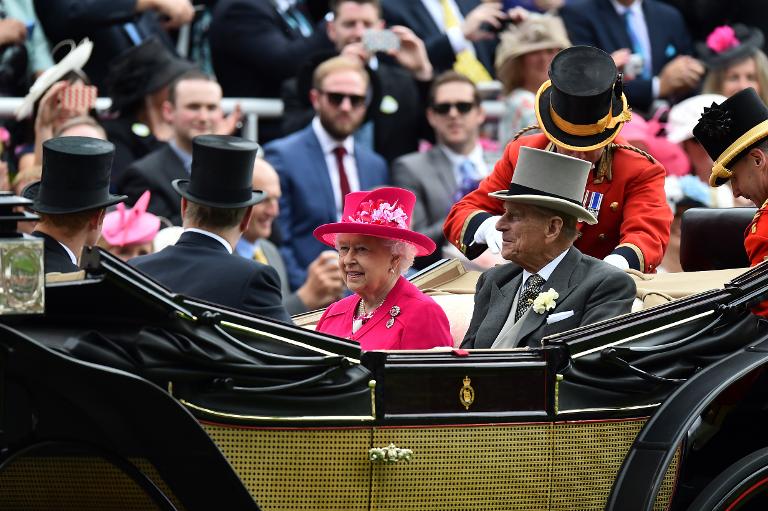 Britain’s Queen Elizabeth II spoke of the “thrill” of being a racehorse owner as she attended Tuesday’s first day of this year’s Royal Ascot meeting, south-west of London.

The five-day event is one of the highlights of the English sporting and social summer scene, with its prestigious list of races now attracting entrants from all round the globe.

As is traditional, the Queen arrived in a horse-drawn carriage after travelling to the course from nearby Windsor Castle, with several members of her family including her husband, the Duke of Edinburgh, heir the Prince of Wales and grandson Prince Harry also in the carriage procession.

All the male royals wore traditional morning dress, with a waistcoat and a top hat, with the most spectacular female fashion of the week set to be on display come Thursday’s Ladies Day.

In a foreword to the official programme, the Queen — a longstanding racing enthusiast — said Royal Ascot had become a “wonderful spectacle shared with the whole world”.

She wrote: “At the turn of the millennium, Royal Ascot was very much a European affair, but now we share the wonderful spectacle with the world.

“We have horses representing many countries in front of an audience, both here at Ascot and watching at home, from far and wide.

“It gives me great pleasure to hear how much the racing community looks forward to Royal Ascot. I know the thrill that participation as a racehorse owner brings, and I wish all those with runners in the 30 races the very best of luck.”

The Queen also unveiled a new statue of five-times Ascot winner Frankel after the opening race, the Queen Anne Stakes — named after the monarch who founded the course in 1711.

Frankel, who was trained by the late Henry Cecil, is widely regarded as one of the greatest racehorses of all-time and retired unbeaten after a 14-race career in October 2012.

Jane Cecil, Henry’s widow, said: “Ascot played a special part in Frankel’s career as five of his 14 wins came at the course. It is fitting that such a magnificent statue will stand at the course to celebrate his achievements.”

The Queen, who has bred as well as owned racehorses, has had 22 winners at Royal Ascot.

The 89-year-old rarely displays much emotion in public but photographers captured the Queen’s delight when her horse, Estimate, won the Ascot Gold Cup two years ago.

But the horse was stripped of its second-place finish last year after testing positive for morphine in July.