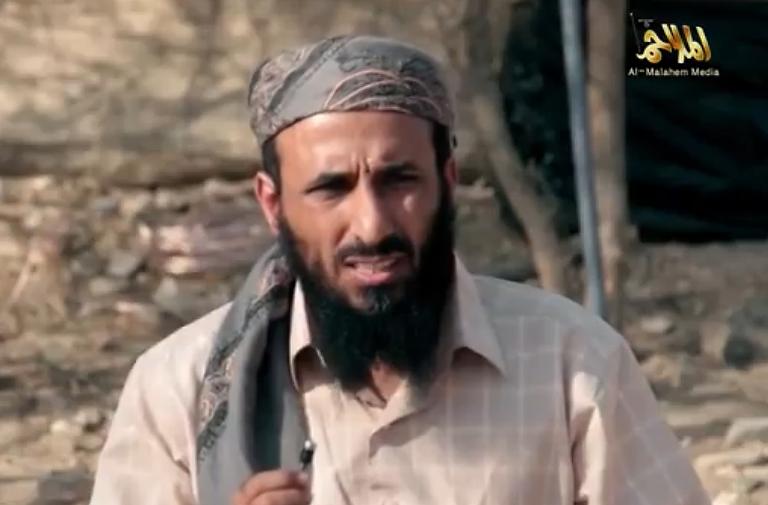 Al-Qaeda confirmed that its second-in-command and the head of its powerful Yemeni branch was killed in a US drone strike, in the heaviest blow to the jihadist network since Osama bin Laden’s death.

Already struggling with the rise of rival jihadists from the Islamic State group, Al-Qaeda has suffered a series of setbacks in recent months with several commanders reported killed.

The White House hailed the death as a “major blow” to the group.

In a video statement, Al-Qaeda in the Arabian Peninsula confirmed that Nasir al-Wuhayshi was dead.

He “was killed in a US drone attack that targeted him along with two other mujahedeen” who were also killed, said the statement read by prominent militant Khaled Omar Batarfi and dated June 15.

AQAP, which was behind several plots against Western targets including the deadly January attack on French magazine Charlie Hebdo, said it had named military chief Qassem al-Rimi as its new leader.

Rimi, 41, was an instructor at a training camp in Afghanistan during the 1990s, and his younger brother is in US custody at Guantanamo Bay.

Wuhayshi is believed to have been killed in a CIA drone strike on June 9.

Price said his death “strikes a major blow to AQAP, Al-Qaeda’s most dangerous affiliate, and to Al-Qaeda more broadly”.

It “removes from the battlefield an experienced terrorist leader and brings us closer to degrading and ultimately defeating these groups”.

The White House did not confirm that Wuhayshi was killed by a US drone, but Price said the “president has been clear that terrorists who threaten the United States will not find safe haven in any corner of the globe”.

A Yemeni official had told AFP that Wuhayshi, in his mid-thirties, was thought to have died in the raid in Al-Qaeda-held Mukalla in southeastern Yemen.

Washington had offered a $10-million (8.9-million-euro) reward for information leading to Wuhayshi’s capture or killing and set a $5-million bounty for Rimi.

A former aide to Bin Laden, Wuhayshi attended the group’s Al-Farouk training camp in Afghanistan in the late 1990s.

He is said to have fled Afghanistan in 2002 to Iran, where he was arrested and handed over to Yemen.

He was held there without charge until he escaped by tunnelling his way out of prison with 22 others in 2006.

A year later, he was named head of AQAP.

When Bin Laden was killed by US commandos in Pakistan in 2011, Wuhayshi warned Washington not to fool itself that this meant Al-Qaeda’s demise.

“What is coming is greater and worse, and what is awaiting you is more intense and harmful,” he said.

As well as the Charlie Hebdo attacks that killed 12 people, AQAP was also behind an attempt to blow up a US airliner on Christmas Day 2009.

Washington has repeatedly targeted AQAP militants in drone strikes in Yemen and killed several commanders in recent months, including Nasser bin Ali al-Ansi, who appeared in a video claiming responsibility for the Charlie Hebdo attack.

AQAP has exploited months of fighting between loyalists of Yemen’s exiled government and Iran-backed Huthi rebels to consolidate their grip on Hadramawt province and its capital Mukalla — a city of more than 200,000.

Yemen’s warring factions were in Geneva on Tuesday for a second day of UN-sponsored talks.

But the rebel delegation said that it would not talk directly with officials from the exiled government, which the Huthis view as illegitimate.

While still a powerful and ruthless force, Al-Qaeda has seen its role as the preeminent jihadist group challenged by the rise of IS, which has seized control of large parts of Syria and Iraq.

Extremist offshoots from Egypt, Libya and elsewhere have sworn allegiance to IS, and the two groups have clashed in various countries, most notably in Syria.

IS claimed its first attack in Yemen on March 20 — multiple suicide bombings targeting Huthis at Shiite mosques in the capital Sanaa that killed 142 people and wounded more than 350.

A senior Al-Qaeda-linked jihadist, Mokhtar Belmokhtar, was also reported killed in a US air strike in Libya this week, but extremist group Ansar al-Sharia denied on Tuesday that he had died.

Belmokhtar is the reputed mastermind of a 2013 siege of an Algerian gas plant in which 38 hostages were killed.

Olivier Guitta, managing director of security and risk consultancy GlobalStrat, said that after the two men’s deaths “Al-Qaeda Central is probably on its last legs”.