Home World Over the 'Moon': UN Chief smitten by yoga 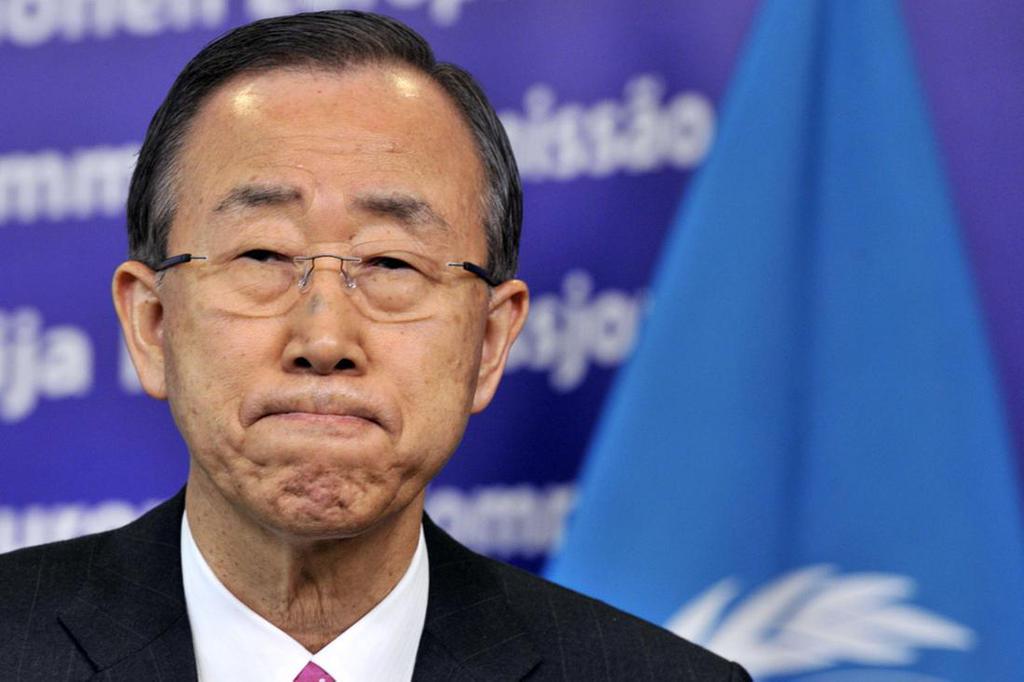 UN Secretary General Ban Ki-moon said he had discovered the “simple sense of satisfaction” when he tried his first “asana” during his visit to India.

He said, during his visit to India, he had the opportunity to practice yoga with one of his senior advisers.

Ban’s adviser on Myanmar, veteran Indian diplomat Vijay Nambiar had given the UN chief his fist yoga lesson as a preparation for the International Day of Yoga. A photo was also tweeted of Ban trying to imitate Nambiar while doing his first yoga asana.

Â The picture shows a smiling Ban practicing the â€œVrikshasanaâ€ where he took off his shoes, stood on one leg with his hands raised above his head and the other leg bent at the knee.

Nambiar is also seen striking a similar pose. Ban admits to have taken time to adjust to the correct posture, he emphasized saying â€œyoga does not discriminate; to varying degrees, all people can practice, regardless of their relative strength, age or ability. I discovered this for myself on trying to do my first asana, a tree pose suited to beginners. It took a moment for me to gain my balance, but once I did, I appreciated the simple sense of satisfaction that yoga can bring.â€ Â

In his opinion Yoga offers a “simple, accessible and inclusive” means to promote physical and spiritual health and well-being.

In proclaimingÂ June 21Â as the International Day of Yoga, the UN General Assembly has acknowledged the holistic benefits of the timeless practice and its inherent compatibility with the principles and values of the United Nations. “Yoga offers a simple, accessible and inclusive means to promote physical and spiritual health and well-being. It promotes respect for one’s fellow human beings and for the planet we share,” he said.

Yoga was the brainchild of Prime Minister Narendra Modi, who had proposed the idea in his maiden speech to the General Assembly in September last year.

The 193-member UNGA adopted the resolution in record time, declaring in December 2014 thatÂ June 21Â will be observed as International Day of Yoga annually.

A record number of 177 countries co-sponsored the India-led resolution. Massive preparations are underway across the US to commemorate the day with External Affairs Minister Sushma Swaraj expected to preside over the celebrations at the UN and Times