Home Cityscape No fling with Chingâ€™s! 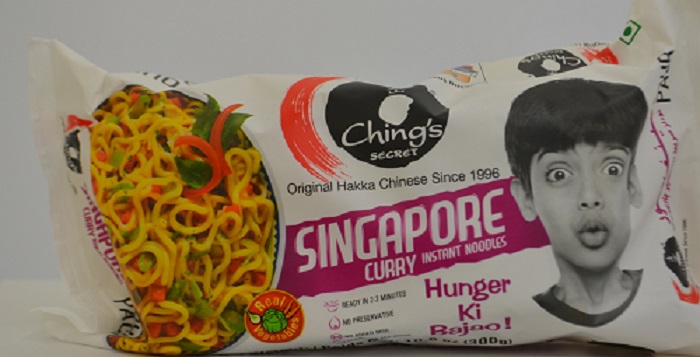 New Delhi: Are you one of those people who switched your loyalty to other brands, in a bid to take care of your noodle cravings?

If you just happened to stock up your kitchen with packets of Chingâ€™s, youâ€™re perhaps going to regret your decision.

After Maggi came into the limelight due to lead content found over permissible limit, three samples of Ching’s Secret, another leading packaged food manufacturer, were found to be substandard by the Indore’s Food and Drug Administration (FDA). Failing to meet standards, FDA initiated prosecution against the manufacturer for selling products that were found with hazardous chemicals.

“We have taken three samples recently, which were first found misbranded. We issued a notice to the manufacturer giving 30 days to get the test done at any other lab,” said food safety officer, Manish Swami.

He further said, challenging our report manufacturer urged to get the samples tested at another lab. Thereafter samples were sent to Mysore-based laboratory for confirmatory test. Further lab investigation found chemical substances that were not allowed as per FSSAI norms.

“Samples found presence of sodium bi-carbonate and guar gum that are not allowed to used in noodles as per FSSAI norms. Prosecution has been lodged against the manufacturer,” said Swami.

Meanwhile, reports of samples that were taken by different teams in city are likely to come in a couple of days. After Maggi noodles controversy, district administration had constituted four different teams comprising tehsildars, food safety officers and IMC officials to conduct raids and collect samples of Maggi noodles and other similar noodles sold in the market. Samples have been sent to Bhopal-based state government’s laboratory for investigation.

On the other hand, FDA officials are continuing their drive against the adulterated and substandard food items. Â