Home Sports Nishikori battles into round two at Halle 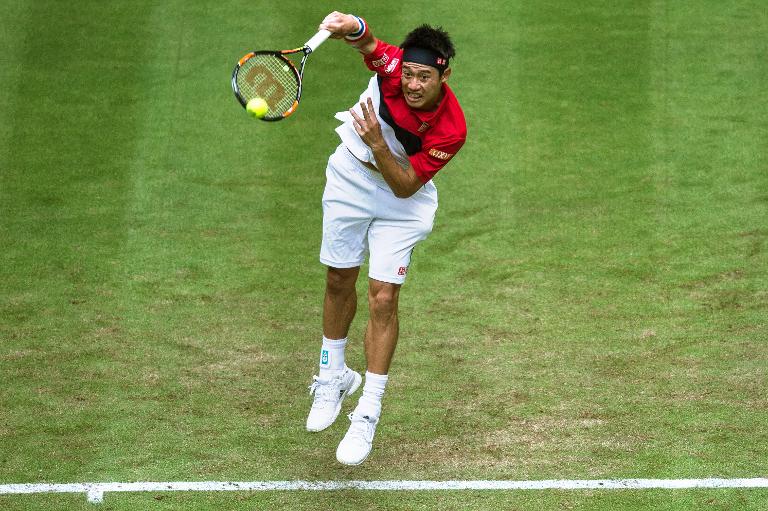 Japanese second seed Kei Nishikori is into the second round at the grasscourt Halle Open after battling past Austria’s Dominic Thiem 7-6, 7-5.

Nishikori, who recently reached the French Open quarter-finals at Roland Garros, came through in straight sets but was made to work extremely hard by the 21-year-old, who’s beginning to make a name for himself.

Thiem won his first ATP title on clay in Nice last month and the danger signs were there for the Japanese when the Austrian had three set points with Nishikori serving at 5-6 down in the opener.

But the US Open runner-up held his serve to force a tie-break, which he took 7-4 to move into a one-set lead.

The second set was also a close encounter until 25-year-old Nishikori — who’s chasing a 10th ATP title after wins in Memphis and Barcelona this year — broke late on to secure his 35th win of the season.

He faces German wild card Dustin Brown in round two.

Elsewhere at Halle, seventh seed Bernard Tomic was dumped out after losing in straight sets to American Steve Johnson.

There was bad news though for two-time champion Tommy Haas, the 2009 and 2012 winner was beaten in straight sets 7-5, 6-2 by Italy’s Andreas Seppi.