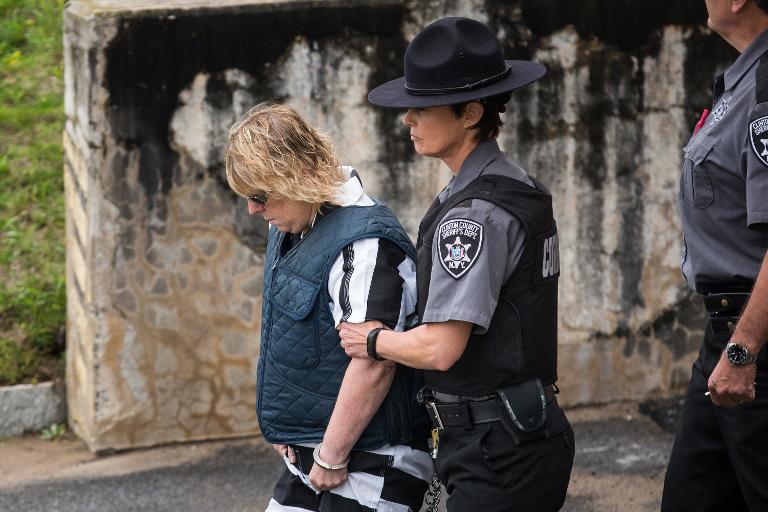 The two murderers who escaped from a US jail used hacksaw blades supplied by an enamored prison worker and equipment stolen from a toolbox left by construction workers, officials said.

Richard Matt, 49, and David Sweat, 35, escaped 10 days ago from a maximum security jail in New York state, in a carefully rehearsed prison break that officials are still piecing together.

Some 800 officers are chasing more than 1,000 leads but there have been no confirmed sightings of the pair and state Governor Andrew Cuomo has admitted that they could be “in Mexico by now.”

Their escape has gripped America, and been likened to Hollywood movies “The Shawshank Redemption” and “Escape from Alcatraz.”

Joyce Mitchell, 51, who worked at a tailoring shop at the Clinton Correctional Facility, has pleaded not guilty to charges of “promoting prison contraband” and “criminal facilitation.”

The married woman with straggly dyed-blonde hair looked scared and nervous as she stood before a judge at a brief hearing to formally transfer the case to a county court.

She was made to feel “special” by Matt, who was convicted of dismembering his 76-year-old former boss, and Sweat, who shot dead a sheriff’s deputy, officials say.

She confessed to giving them hacksaw blades and other contraband, and planning to bring a getaway car to drive them seven hours away, Clinton County District Attorney Andrew Wylie told CNN.

He refused to comment on reports that the inmates and Mitchell possibly plotted to kill her husband.

But at the last minute, she changed her mind and checked into a hospital on June 5, suffering from a panic attack.

She said she loved her husband and did not want to throw her life away, Wylie said.

Instead, Matt and Sweat disappeared into thick woodland on foot after emerging through a manhole in the village of Dannemora during the night of June 5 to 6.

Mitchell’s husband, fellow prison worker Lyle Mitchell, is also being investigated to determine whether he was also involved or how much he knew about the plot, Wylie said.

“Right now, we have no future arrests scheduled or pending in the matter while we’re conducting the investigation,” he said.

There was construction work at the jail, and the murderers appear to have acquired power tools from a box they found in the tunnel system after slipping out of their cells, Wylie said.

Cuomo ordered an investigation into every aspect of the escape, looking at design, operations and security to determine how the men escaped and to recommend reforms.

“Capturing these killers and returning them to state custody remains our top priority. However, it’s critically important to examine the circumstances that enabled these inmates to escape in the first place,” he said.

Local schools reopened for the first time since last Wednesday, with police deployed on campuses and all outdoor activities suspended.

Local, state and federal agents are concentrating the manhunt along highway 374 around Dannemora, with a portion of the road closed, and more than 13 square miles (35 square kilometers) searched so far.

There is a $100,000 reward for information leading to the murderers’ arrest, and the public has been warned not to approach either man and to call police immediately if they spot anything suspicious.

Matt, six feet (1.83 meters) tall with multiple tattoos, was serving a sentence of 25 years to life for the 1997 kidnapping and dismembering of his former boss in a 27-hour ordeal.