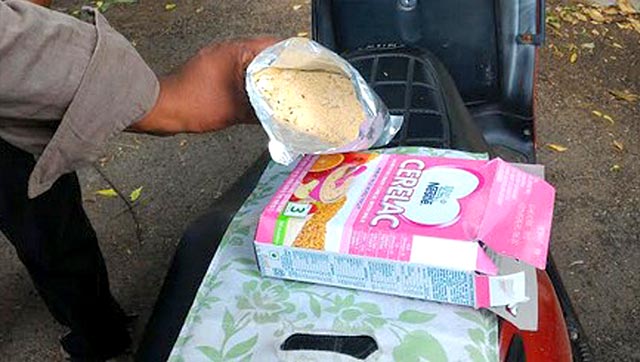 It seems Nestle and controversy are walking hand in hand. The company which is already in the dock over Maggi fiasco has once aging landed in a fresh controversy.

Weevils and fungus have been found in a pack of Cerelac baby cereal in Coimbatore in Tamil Nadu. S Sriram, an IT professional, bought a packet of Nestle Cerelac from a medical shop in Selvapuram, Coimbatore last Sunday. When his wife opened the packetÂ on MondayÂ to feed their one-year-old son, she found live worms inside the sealed packet.

“We checked and found that the product expires in February 2016,” Sriram was quoted by a leading daily.

Sriram first approached Nestle’s customer care centre to register a complaint but was not received properly. He then filed a complaint with the food safety departmentÂ on TuesdayÂ morning.

The milk powder was then sent to the government food laboratory for testing.

Officials said, the worms might have multiplied after packaging. “The worms look like weevils, which commonly infest wheat,” said a food safety officer.

“These worms have a way of penetrating into the wheat grain and laying an egg inside it and leaving. When the wheat is crushed, the eggs hatch,” he said.

It is yet to be ascertained if the contamination was in just one packet or the whole batch of the product.

This is not the first case of live worms found in powdered milk. A couple of weeks ago, live larvae and worms were found in a packet of Nestle NanPro 3 milk powder in Coimbatore.