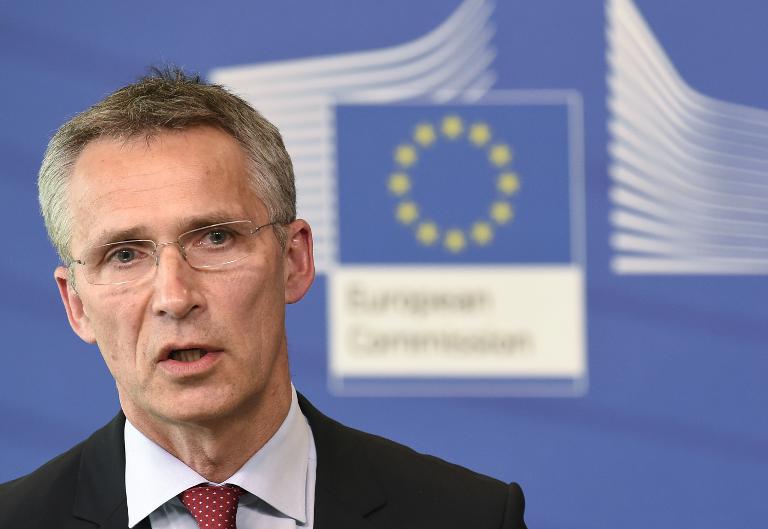 “This nuclear sabre-rattling by Russia is unjustified, destabilising and it is dangerous,” Stoltenberg said after a meeting with European Commission head Jean-Claude Juncker.

“I think the statement … is just confirming the pattern and behaviour of Russia over quite a period of time,” he added.

Putin said earlier Tuesday at the opening of an exhibition of military hardware outside Moscow that Russia would add the new intercontinental ballistic missiles which could “overcome any, even the most technologically advanced, missile defence systems.

It came after Russia reacted with fury to reports that the United States is planning to pre-position heavy weapons in eastern Europe, with tensions between Russia and the West at their highest since the end of the Cold War over the conflict in Ukraine.

NATO leaders agreed at a summit last September to increase defence spending and create a new very rapid reaction force meant to deter Russia from any action against nervous east European allies who were once ruled from Moscow.

The NATO plans also include pre-positioning of equipment along its eastern borders so that the rapid reaction force could hit the ground running in any crisis.

Stoltenberg, who hosts NATO defence ministers in Brussels next week, defended NATO’s right to pre-position arms, without specifically commenting on the reported US plan.

NATO’s actions are “proportionate, defensive and fully in line with our international commitments,” he said.

“We are responding and we had to respond in face of a more assertive Russia,” he added.

US Defence Secretary Ashton Carter would update his counterparts on the plans at the NATO meeting next week.