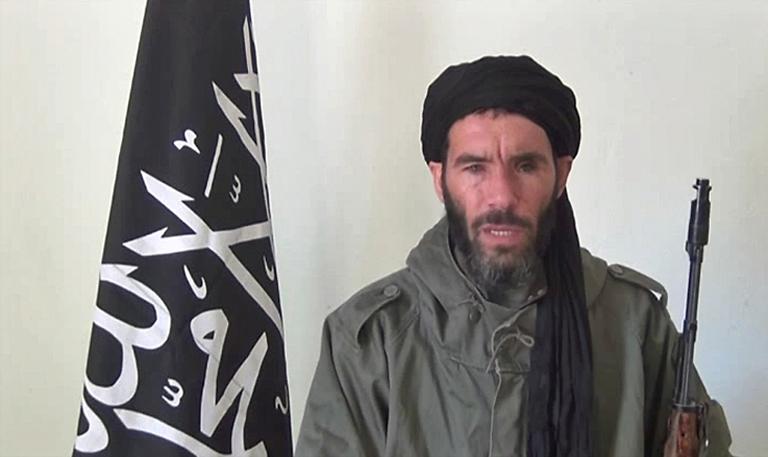 A Libyan jihadist group denied Tuesday that Al-Qaeda-linked militant Mokhtar Belmokhtar — the man behind multiple deadly attacks with a history of coming back from the dead — was killed in a US air strike.

Ansar al-Sharia named seven people it said were killed in the US strike in eastern Libya but Belmokhtar, who Washington has said was the target, was not among them.

“No other person was killed,” the group, which is designated as a terrorist organisation by the United Nations, said in a statement.

Belmokhtar, an Algerian nicknamed variously as “The Uncatchable”, “Mr Marlboro” and “The One-Eyed”, is leader of the North African Al-Murabitoun militant group and a former chief of Al-Qaeda in the Islamic Maghreb (AQIM).

He allegedly masterminded the 2013 siege of an Algerian gas plant in which 38 hostages, mostly Westerners, were killed.

Libya’s internationally recognised government claimed on Sunday that Belmokhtar — who has been reported dead on several previous occasions — was killed in the strike.

The Pentagon had itself been non-committal about whether the strike by two F-15 Strike Eagle fighter jets armed with 500-pound bombs had succeeded in killing its target.

US Air Force Secretary Deborah Lee James said: “The actual impact of that raid is still being assessed.”

Libya has descended into chaos since a NATO-backed revolt unseated longtime dictator Moamer Kadhafi. It has rival governments and parliaments, with powerful militias battling for influence and a share of its oil wealth.

Jihadist groups have exploited the lawlessness, which has also prompted a huge influx of migrants trying to make the dangerous Mediterranean crossing to Europe, with hundreds dying in shipwrecks and the EU straining to respond.

The last US operation in Libya was in 2014, when special forces captured Ahmed Abu Khattala, an alleged organiser of the attack against the US consulate in Benghazi in 2012 that killed ambassador Chris Stevens and three other Americans.

Libya said the strike had been carried out in coordination with its internationally recognised government.

Prime Minister Abdullah al-Thani called it “part of international aid that has long been sought in the fight against terrorism”.

The organisation has ambiguous ties to the Islamic State jihadist group, which has a growing presence in the oil-rich north African nation.

French President Francois Hollande, speaking on a visit to Algeria Monday, said there was a “very high probability that Belmokhtar was killed”.

An Algerian security source told AFP however that authorities in Algiers had received no confirmation of the militant’s death or request to identify his remains.

Born in 1972 in Algeria, Belmokhtar said in a rare 2007 interview he had been fascinated with the exploits of the mujahedeen combating the Soviet invaders of Afghanistan, and joined them in 1991 when he was barely 19.

He returned to Algeria in 1993, eventually joining the group that became AQIM.

Belmokhtar had been reported killed in Mali, but security sources said last year he moved to Libya.

Along with the Algerian siege, Belmokhtar also claimed a May 2013 double suicide bombing in Niger that killed 20 people.

A scathing Al-Qaeda letter criticising him hit the headlines in 2013 in the wake of French armed intervention in Mali.

Belmokhtar founded his Al-Qaeda breakaway group “Signatories in Blood” in 2012, later merging it with MUJAO, one of the jihadist groups that seized northern Mali in early 2012, to form Al-Murabitoun.

The group said last month said it had pledged allegiance to IS, but Belmokhtar immediately distanced himself from the declaration. He vowed backing for Al-Qaeda in what was interpreted as evidence of a serious power struggle.

Hatem el-Ouraybi, spokesman for Libya’s recognised government, told AFP “coordination with the US will continue in fighting these terrorist groups.”