Home Sports LeBron confident he can lift Cavs over Warriors 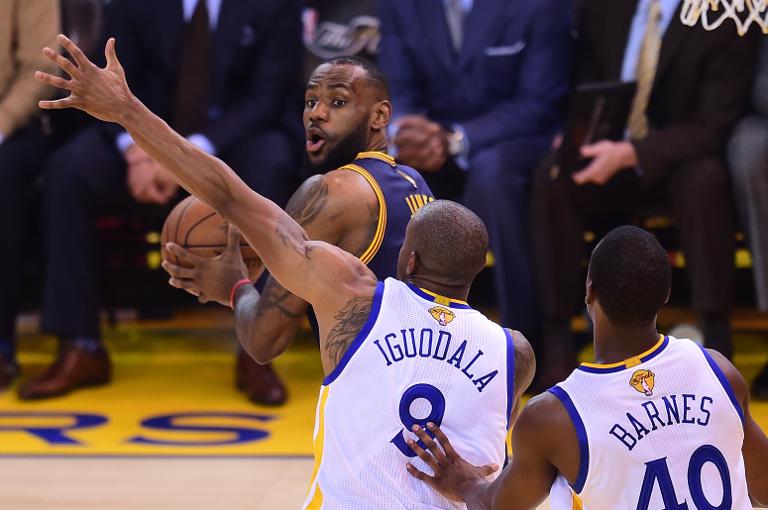 Despite his spectacular all-around performance in the NBA Finals, Cleveland Cavaliers superstar LeBron James knows he must do even more to prevent the Golden State Warriors from capturing the title.

The Warriors are on the brink of their first crown since 1975, leading the best-of-seven championship series 3-2 entering Tuesday’s game six in Cleveland. But James has faith in himself and his team to answer the must-win challenge and force a seventh game Friday back in California.

“I feel confident because I’m the best player in the world. It’s that simple,” James said.

“We’ve got enough to win it. We’ll worry about Tuesday first. But if we protect home like we’ve been capable of doing, we force a game seven.”

James has carried an injury-hit squad on his back in the finals, averaging 36.6 points, 12.4 rebounds and 8.8 assists. But the Warriors have won the past two games, wearing down the Cavs with a fast lineup in game three and having NBA Most Valuable Player Steph Curry outshoot James in the final decisive minutes of game five.

“I’ve got to be better,” James said. “I don’t put a ceiling on what I’m capable of doing. I know I’m shouldering a lot of the burden, but it is what it is.

“I want to do whatever it takes to help our team win. I haven’t been able to do that the last two games.”

James has been the finisher on more than half of every Cleveland possession in the finals, his heavy scoring load mandated by the loss of Kyrie Irving to a fractured left kneecap in the finals opener and forward Kevin Love to a separated shoulder in the first playoff round.

“Tremendous is even an understatement for how he’s played in the series,” Cavaliers coach Dave Blatt said of James. “Under the current set of circumstances, that’s what we’ve got to get and he’s bringing it. You don’t see that every day, what he’s doing. You’ve got to take your hat off to him.”

As far as James doing more after scoring 40 points, grabbing 14 rebounds and dealing 11 assists, Blatt said: “Should I expect more than 40 (points) and a triple-double? I don’t know. You tell me.”

James could join Jerry West of the 1969 Los Angeles Lakers as the only NBA Finals Most Valuable Player from the losing side if he cannot rally the Cavs, the hometown club he vowed to make a champion when he left Miami for Cleveland last July.

“He’s doing whatever he can to win a championship. That’s what the best player on the planet does,” Cavaliers guard Mike Miller said. “We have to continue working and when he plays like that we have to find ways to win.”

James has won a title in this situation before. Just two seasons ago, San Antonio led Miami 3-2 but the Heat rallied to win the last two games to take the crown.

And James plays well in games where his team faces elimination, producing 31.9 points, 10.1 rebounds and 6.4 assists in 14 such career contests.

“He can always do more. We can all always do more,” Cleveland guard Iman Shumpert said. “This isn’t something where we think we’re not capable of beating the Warriors. They made the plays down the stretch. They took care of their home floor and now we must take care of ours.”

James could fall to 2-4 in finals appearances, having split four in four years with Miami and lost his first with Cleveland in 2007. It’s a far cry from prior NBA superstar Michael Jordan going 6-for-6 in finals with Chicago in the 1990s.

But more than that, it would extend the title drought for Cleveland sports teams that stretches back 51 years to the 1964 NFL Browns.