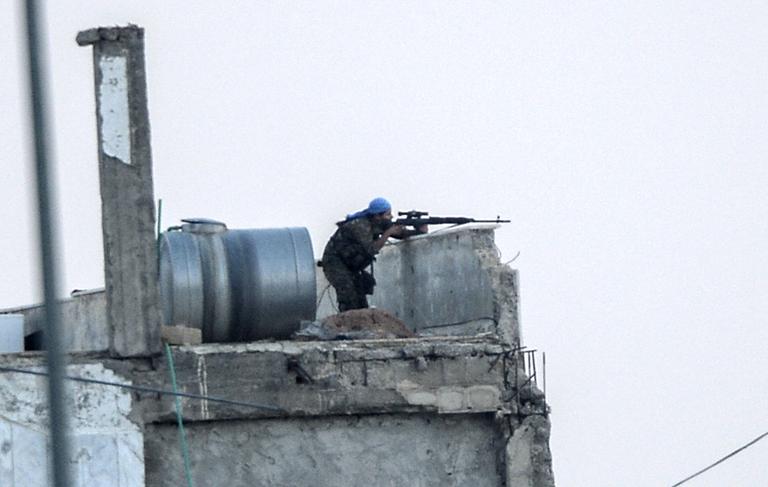 “Since dawn this morning, not a single bullet has been fired in Tal Abyad,” said Syrian Observatory for Human Rights director Rami Abdel Rahman.

“The Kurdish fighters now have full control of Tal Abyad,” which was used by IS as a gateway from Turkey to its de facto capital Raqa to the south, he said.

Militiamen of the Kurdish People’s Protection Units (YPG) and their Syrian rebel allies were combing through the town to clear mines and booby-trapped cars left behind by IS fighters.

“There are mines and car bombs everywhere, and bodies of IS fighters lying in the streets,” said Sherfan Darwish, a spokesman for the Burkan al-Furat rebel group fighting alongside the YPG.

He said the anti-IS alliance was clearing the town before civilians could begin to return.

The town’s fall is a heavy blow to IS, which had used the adjacent border crossing with Turkey to bring in fighters and ammunition, and smuggle out black market oil, analysts say.

The group will now have to rely on border crossings much further west in neighbouring Aleppo province, adding hundreds of kilometres (nearly 200 miles) to their supply lines, Abdel Rahman said.

There, IS holds the Syrian side of the Jarablus crossing, which has been closed by Turkey, but other informal routes across the border remain open.