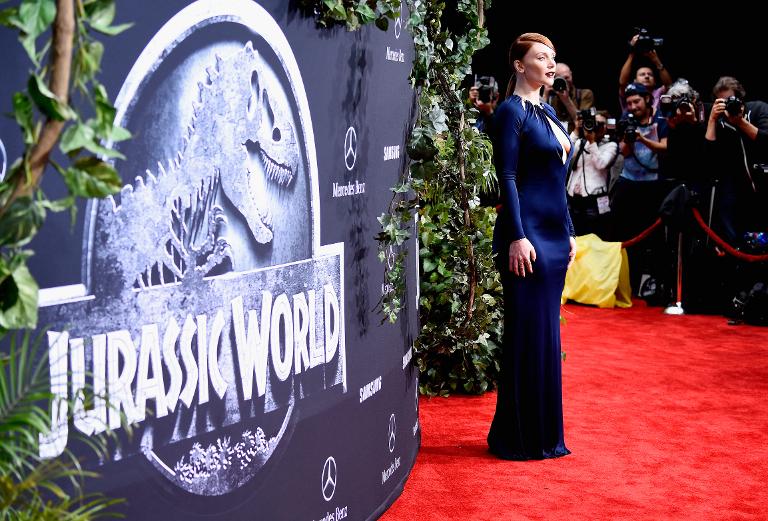 “Jurassic World,” starring Chris Pratt and Bryce Dallas Howard, took in $511 million in global revenue for the best opening weekend in history, scooping up $100 million of that from China.

Earning $208.8 million in its first weekend, the fourth iteration in the “Jurassic Park” series topped the “Avengers” 2012 record, according to final figures released Monday by Exhibitor Relations.

That haul easily beats the previous global record, for “Harry Potter and the Deathly Hallows: Part 2,” from 2011 of $483 million.

The comic thriller returns to the famous dinosaur island, now converted to an amusement park, and follows a new hybrid experiment gone awry.

Steven Spielberg co-produced “Jurassic World,” returning to the series after directing the first two of the four films.

Comedy “Spy” took in $15.6 million in ticket sales on the weekend. The story follows a CIA analyst (Melissa McCarthy) who leaves a desk job to go deep undercover in a field assignment with global disaster in the balance.

The film featuring Dwayne Johnson as a rescue pilot searching for his daughter topped box office sales two weekends ago when it took in $54.6 million.

The third installment of the “Insidious” horror films, “Insidious: Chapter 3,” took fourth place on this weekend charts with $7.3 million in sales in its fourth week on the charts.

Hit musical film starring Anna Kendrick and Rebel Wilson “Pitch Perfect 2” took in $6.4 million for the fifth spot. The sequel follows the Barden Bellas singing team after a ban from the competitive circuit.

Hollywood male bonding comedy-drama “Entourage,” based on a HBO series of the same name, took in $4.2 million in box office sales in its second week on the charts.

Super hero film “Avengers: Age of Ultron” grabbed $3.7 million in ticket sales for the eighth spot in its seventh week on the charts.