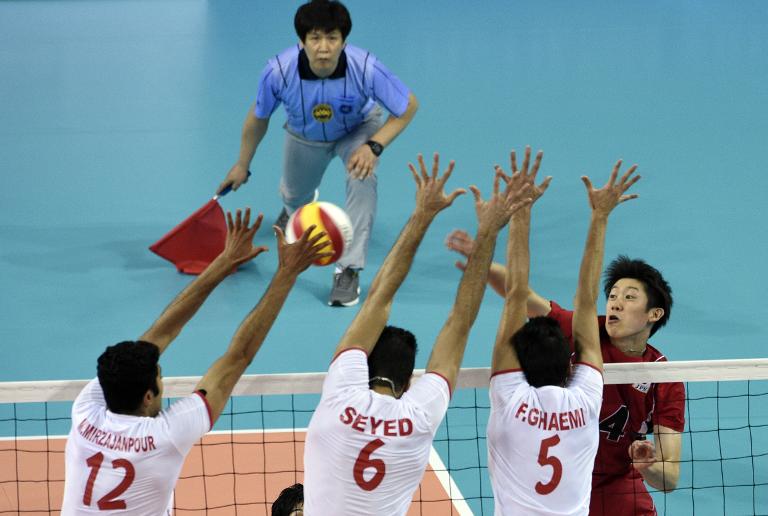 There will be no general admission for Iranian women at two upcoming male international volleyball matches but a small number will be granted special permission to watch, a security official said Tuesday.

Women are currently banned from such events in the Islamic republic but President Hassan Rouhani’s government has been pushing for reform despite vocal opposition.

The recent presence of several women at a male basketball game sparked controversy, including protests against a change in policy.

The World League fixtures on Friday and Sunday are especially notable because they will see Iran take on the United States.

In an update to an on-off row about whether women would or should be permitted to watch sporting matches involving male athletes, a slight change in rules seems to have been allowed.

“Authorisation was given to the volleyball federation to prepare for the presence of women given special tickets for the stadium,” said Reza Hassanikhou, director general of security at Iran’s sports ministry, according to ISNA news agency.

“Priority will be given to officials, people from the family of volleyball and supporters of the visiting team,” he said, without being more specific.

“Any gathering or protest against female admission will be illegal,” he added, noting that the general policy on women watching such events was still under review.

One of Iran’s female vice presidents said last week that a limited number of women would be admitted to the matches against the US. Conservatives reacted with outrage.

Ghavami was detained outside a volleyball match at Tehran’s Azadi Stadium last summer and then released, before she was re-arrested and jailed for one year.

Although released on bail after five months she is under a two-year travel ban.

Iranian officials say Ghavami was not arrested in connection with the volleyball match but for having contacts with the “opposition based abroad” and for propaganda offences against the regime.

The FIVB ban on Iran does not apply to World League fixtures set earlier.