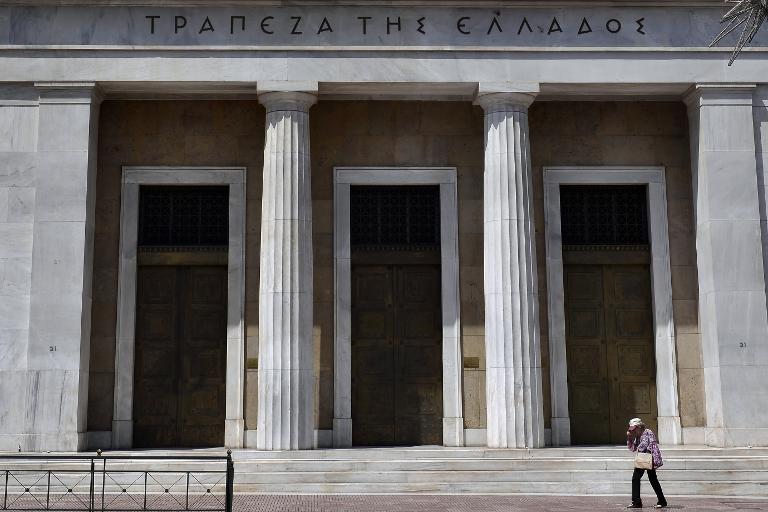 Greece and its creditors are locked in a stalemate after loan talks collapsed over the weekend, bringing Athens just two weeks away from a catastrophic default on its debt.

Both sides insisted on Monday they were willing to engage, but without making a decisive step to break the deadlock.

While the European executive insisted the EU-IMF creditors had made “major concessions”, the radical left government in Athens continues to reject what it views as “irrational” austerity demands.

The talks concerning the release of the 7.2 billion euros ($8.1 billion) in rescue funds remaining in Greece’s bailout have dragged on for five months.

On Monday, hours after Prime Minister Alexis Tsipras defiantly called on the creditors to be “more realistic,” Athens said it was ready to return to the talks “at any time”.

“We await the invitation of the (creditors) and will respond at any time to continue the negotiation,” Tsipras’ office said, although it did not say if it was ready to meet the creditors’ demands.

The prime minister had earlier lambasted the creditors for “political opportunism”.

“One can only see a political purposefulness in the insistence of creditors on new cuts in pensions after five years of looting under the bailouts,” Tsipras told Greek newspaper Efimerida Ton Syntakton.

But an EU spokeswoman said the EU and IMF have already made “major concessions” to Greece. “It’s not a one-way street,” Annika Breidthardt told a press conference.

She added: “The concessions … made and the flexibility that has been shown are already quite substantial.”

In Frankfurt, European Central Bank chief Mario Draghi urged all sides “to go the extra mile” but insisted the ball was in Athens’ court.

“A strong and credible agreement with Greece is needed, not only in the interest of Greece, but also of the euro area as a whole,” Draghi told the European Parliament’s Committee on Economic and Monetary Affairs in Brussels.

And French President Francois Hollande urged a restart of talks “as quickly as possible”, warning Greece that it “should not wait”.

But Austrian Chancellor Werner Faymann, who has generally been sympathetic to Greece’s arguments, said recession-hit Athens’ demand for a change of course was “perfectly understandable.”

“Greece constitutes a warning on what happens when one applies only austerity,” Faymann, who is visiting Greece on Tuesday, told Greek state agency ANA.

The chancellor argued in favour of a five-year plan to “give hope back” to the Greeks.

The deadlock sent the Athens Stock Exchange plunging as much as 7.14 percent Monday before closing with a 4.68 percent drop, with bank stocks especially hard hit.

Draghi however gave the assurance that the banks were currently solvent and that the ECB will continue to provide liquidity to them to help finance the economy.

Greece’s 240 billion euro bailout expires on June 30, and to meet that deadline, a reform deal must be resolved by a meeting in Luxembourg on Thursday of the eurozone’s 19 finance ministers, who control the purse strings of the rescue programme.

Also at the end of the month, Greece faces a 1.6 billion-euro payment to the IMF with another 6.7 billion euros due to the European Central Bank in July and August, which Greek officials have said the government cannot afford.

A German report Monday said that eurozone leaders have developed an emergency plan to avoid a run on Greek banks should there be no agreement by the end of the week.

The SÃ¼ddeutsche Zeitung, without citing sources, reported that the plan calls for Greek banks to be closed for several days from next week to prepare them for the measures, which still need to be ratified by the Greek parliament.

Withdrawals from ATMs as well as electronic payments in Greece and abroad could also be restricted, it said.

Valdis Dombrovskis, the EU’s vice president responsible for the euro, said Monday that in view of the “persistent uncertainty”, the EU had slashed its projection of Greece’s GDP growth for 2015 from 2.5 percent to 0.5 percent.

All sides had agreed that the talks were the last chance for Athens to unlock vital bailout cash in return for tough reforms that Tsipras still doggedly refuses.

But Greece said the IMF was particularly hardline on its demands.

The Fund’s position was “intransigent and tough” because it was insisting on further pension cuts and a rise in value-added tax on basic goods, like electricity, an Athens source added.

But in a rare statement on their position in the talks, the IMF took a conciliatory approach, writing in an official blog that a deal would require “difficult decisions by all sides” — including Greece’s European partners.

Greece is shattered economically after six years of crisis and despite two rescue programmes since 2010.

Its debt mountain is equivalent to 180 percent of GDP, or almost twice the country’s annual economic output.

According to an EU source, savings from the reform measures put on the table by Greece fell short by two billion euros.

Tsipras is due to meet with other Greek party leaders on Tuesday to discuss the state of the negotiations.