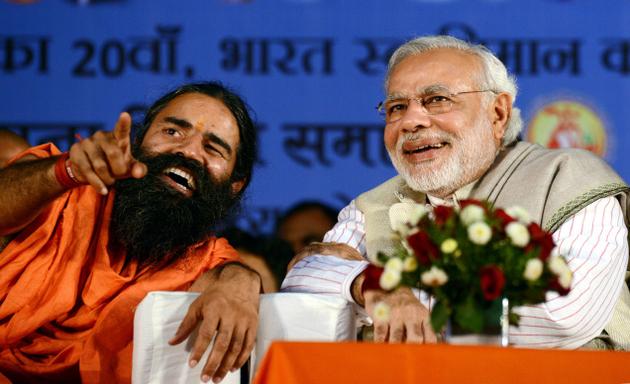 New Delhi: With theÂ June 21Â event drawing near, it will be gala eventÂ on SundayÂ when Yoga guru Baba Ramdev will share the stage with Prime Minister Narendra Modi during the official International Yoga Day function at RajpathÂ on Sunday.

However, it has been reported that Modi will not be performing Yoga. Rather, he will address the crowd before the programme and leave the stage of Baba Ramdev to perform.

The Centre has requested the Guinness Book of World Records to certify the event as the largest congregation of people performing Yoga at one place.

Sources said the government is expecting almost 35,000 people for the 33-minute-long Yoga performance.

Baba Ramdev had been appointed as brand ambassador for promotion of Yoga and Ayurveda by the BJP government in Haryana.

Meanwhile, the National Cadet Corps (NCC) is striving to set a record on International Yoga Day with the participation of more than ten lakh cadets across 1,900 locations in the country.

According to a Defence Ministry statement, NCC has trained its cadets in yoga over a period of fifteen days each at 2,700 venues across India with the help of 1,800 instructors from April to June this year.