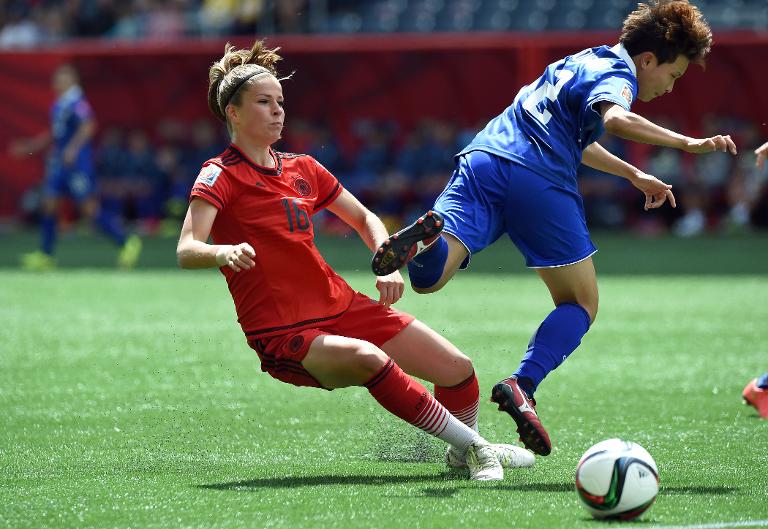 Favourites Germany beat Thailand 4-0 to advance to the knockout rounds of the Women’s World Cup as Group B leaders ahead of Norway who secured their berth by beating Ivory Coast 3-1 on Monday.

The two European heavyweights join champions Japan and Brazil who are already through to the last 16 with a game to spare.

Germany have seven points from three games, equal with Norway, but ahead on goal difference largely thanks to their 10-0 hammering of Ivory Coast in their opener.

Thailand, in third with three points, could still advance as one of the four best third-place finishers out of the six groups.

Fellow newcomers Ivory Coast however go home after three loses during which they scored three goals but conceded 16.

Germany came up against stiff resistance from the 29th-ranked Asians in Winnipeg, before Melanie Leupolz broke through after 24 minutes.

And two quick-fire headers from second-half substitute Lena Petermann after 56 and 58 minutes got the world’s top ranked team into their stride.

Despite Thailand goalie Waraporn Boonsing pulling off a string of saves Sara Daebritz got a fourth for the former two-time champions after 73 minutes.

“It was a coach’s luck to play a joker that then scores two goals,” said Germany coach Silvia Neid of Petermann.

“We rarely managed to show our superiority,” Neid continued.

“In the end we’re glad we won the group and are into the last 16, what has happened doesn’t really matter because this is where it starts now.”

Coach Nuengruethai Sathongwien said Thailand were still hoping to make the next round.

“We had problems preventing high balls and the German air attacks,” she said.

“We tried to attack but their defence was very good.

“We still have a chance to go through to the next round. We have some hope.”

Germany, knocked out of the 2011 World Cup in the quarter-finals, opened by inflicting a heavy defeat on Ivory Coast before holding Norway 1-1.

In Moncton, a double from Ada Hegerberg on six and 62 minutes and a third from Solveig Gulbrandsen after 67 gave the Norwegians all three points.

Ange N’Guessan got one back for the Ivory Coast after 71 minutes.

“I’m very emotional this evening because of my girls’ performances,” said coach Clementine Toure of the 67th-ranked African side.

“They came here (to Canada) jet-lagged and with very little preparation and took on the top team in the world (Germany).

“They’ve really gotten into the competition and I’m pleased to see the progress they’ve made in the three matches.”

Norway beat Thailand 4-0 in their opener before drawing with Germany.

In Group A, hosts Canada play the Netherlands in Montreal and China take on New Zealand in Winnipeg in their final group games later Monday.