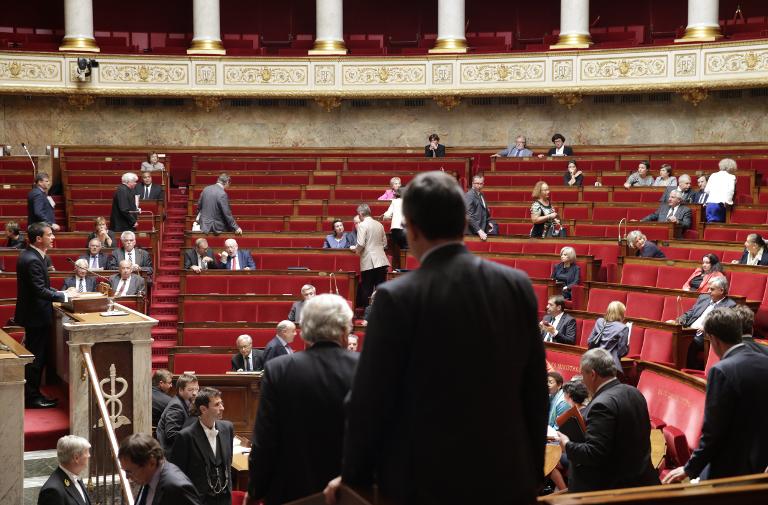 France’s socialist government on Tuesday forced a package of key economic reforms through parliament without a vote, sparking a walk-out from the opposition and a vote of no-confidence.

With a left-wing flank of rebel MPs threatening to torpedo the passage into law of the economic reforms, Prime Minister Manuel Valls resorted to a little-used constitutional device to push them through without MPs voting.

The right-wing opposition party, the Republicans, accused Valls of a “contempt for democracy” and pointedly left the chamber when he announced the move to force the laws through.

Christian Jacob, the parliamentary head of the party, said the assembly “had been humiliated” by a “ban on debate.”

Valls’s use of the constitutional device sparked a motion of no-confidence in the government which could in theory bring it down, but analysts say the vote — which will take place on Thursday — has little or no chance of being passed.

The government used the same tactic to push through an earlier draft of the legislation in February. At that time, only 234 mainly opposition MPs voted to bring down the government, far short of the number required.

Valls said the legislation was “essential for our country, for our economy and we cannot allow ourselves to fail.”

The package of laws is the brainchild of Economy Minister Emmanuel Macron, a former banker, and the government sees it as vital to pep up the moribund economy, the second biggest in the eurozone.

The proposed legislation aims to liberalise certain sections of the notoriously highly protected French economy, including allowing more shops to open on Sunday.

The package is also seen as crucial in Brussels, where the EU has urged France to reform in order to bring down its ballooning budget deficit, which is far above European limits.

Sources close to Valls said he wanted to push through the laws as quickly as possible so that “the French people feel them as soon as possible in their daily lives.”

“We need this text for more jobs and growth,” stressed President Francois Hollande.

But the proposals have proved highly divisive from the beginning and a group of between 30 and 40 MPs on the left flank of the Socialist Party had vowed to vote against the package of laws, seeing it as too right-wing.

One of the top rebels in the Socialist Party, Benoit Hamon, said there was “no majority for this social and economic policy”, describing it as a “demand from Brussels”.

However, the leader of the powerful MEDEF business lobby, Pierre Gattaz, welcomed the government’s decision to push it through without a vote.

“I support this… if it allows us to go in the right direction,” Gattaz told reporters.

The package of reforms, known as the “Macron law” after the minister, will return to the upper house Senate before being adopted definitively by the lower house National Assembly at the end of July.