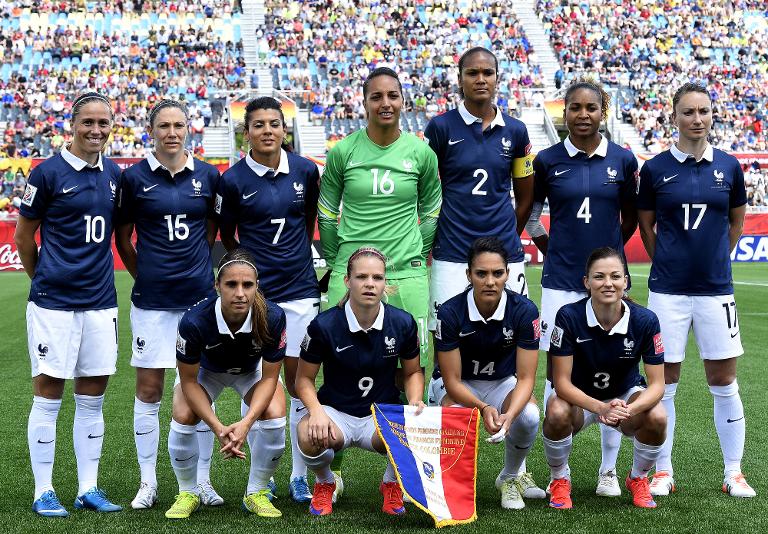 France will be bidding to put their shock defeat to Colombia behind them and seal a last-16 berth along with their South American rivals and England at the Women’s World Cup on Wednesday.

The French had been touted as among the pre-tournament favourites but suffered one of the biggest upsets in its 24-year history when they lost 2-0 to Colombia in their second Group F match.

Colombia lead Group F with four points ahead of England and France, who have both three, with Mexico on one.

France take on Mexico in their final group game in Ottawa, while England play Colombia in Montreal.

Brazil, already through to the next round, are also in action as they take on Costa Rica in Group E in Moncton with Spain playing South Korea in Ottawa.

After two games, Brazil have a maximum six points and will finish top of the group with the battle for second place between Costa Rica, who have two points, Spain and South Korea, who have one each.

A victory over Mexico, a side ranked 22 places below Philippe Bergeroo’s third-ranked France would see them advance, while a draw could suffice depending on other results.

The four best third-placed finishers out of the six groups will also advance to the next round.

On paper everything is still to play for from the first to the last place in the group.

The French, fourth and the 2011 tournament and the 2012 Olympics, remain optimistic about their title chances despite the defeat.

“Spain were world champions with a loss in the group stage (in the men’s event in 2010),” recalled defender Jessica Houara.

“We’ll have to show whether we have the mental strength to win a World Cup.”

England recovered from their 1-0 loss to France by beating Mexico 2-1 with all still left to be played for in the tight group.

“There are a lot of examples out there of teams from different sports who have lost their opening game and gone on to do well in a tournament.

“Colombia obviously came into the tournament full of confidence and are unbeaten so far.

“They have got some great players so we know we’ll have to bring our best game on Wednesday.”

Brazil coach Vadao said he would be using the final game to give some of his players a rest.

“We can afford to save some of the players,” said Vadao. “Some of them were complaining about aches and pains. Fabiana was complaing about some pains she will not play. Formiga has a small tendon problem and we’ll analyse the sitution.

“We’re using the time to save players but we’re not underestimating our last game.”