Home Cityscape Cut off is out, 99% @ St Stephens 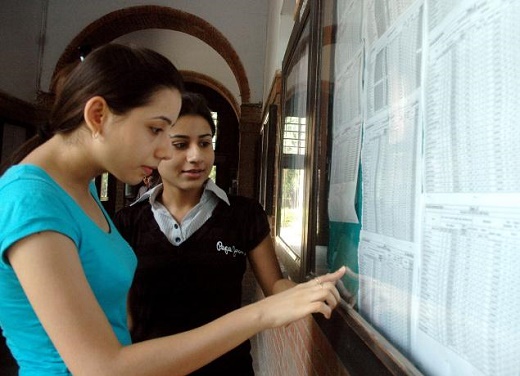 New Delhi: Delhi University’s prestigious St Stephen’s College on Tuesday announced its first cut-off list for admissions to the 2015-16 academic session with the highest requirement being for English honours at 99 %.

The cut-off for a seat in the Stephen’s English Honours class works out to 99% for Commerce, 97.75 % for Science and 97.50 % for humanitiesâ€” the highest for any of the subjects on offer at the college.

Last year, the cut-offs for English and Economics were the highest at 97.25 for science students, 98 for commerce students and 97 % for humanities.

The college this year has received a record 32,100 applications for the 400 seats which are up for grabs. Stephen’s offers Honours courses in Economics, English, History, Philosophy, Sanskrit, Mathematics, Chemistry along with the Bachelor of Arts (BA) and Bachelor of Science (B.Sc) pass courses.

“We have received the maximum applications this year. While 27,000 candidates had applied in 2013, this year’s figure is the highest in the college’s history,” said Stephen’s spokesperson Karen Gabriel.

While the college earlier used to enrol students on the basis of a personal interview and cut-offs announced after Class XII examinations, an aptitude test of 30-minute duration has been introduced from this year.

“The declaration of cut-offs is only the beginning of the admission process at the college. The list of candidates called for interview and aptitude test will be updated on the website in two days and the interviews will begin from June 22,” Gabriel added.

Stephen’s being a minority institution, it follows a schedule and procedure for admission which is different from that at other Delhi University colleges.

While the varsity had decided to eliminate stream-wise cut offs and extra riders by colleges this year, Stephen’s has stuck to the previous pattern.

There is a cut-off of 90 % in Maths for those seeking admission to Economics Honours and 90 % in Core English and 85 % in Elective English for English Honours aspirants.

It is also compulsory for those seeking admission to Maths honours to include the subject in their best-four percentage.

The college had also announced a marginal hike in tuition and hostel fees for the upcoming academic session.