Home World Chuck Blazer was US informant since 2011 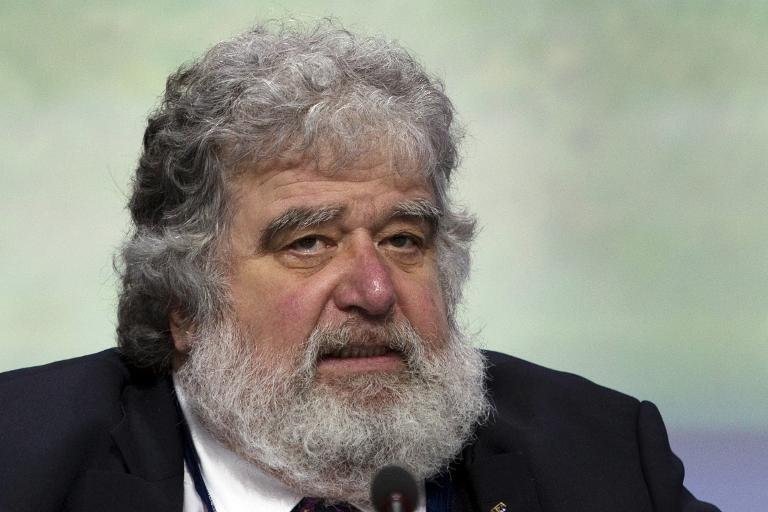 Chuck Blazer, the disgraced US soccer supremo who blew the whistle on colossal corruption, worked secretly for US prosecutors from 2011 while still on FIFA’s executive committee, court papers show.

The cancer-stricken 70-year-old is a key plank in a US investigation into a multi-million-dollar corruption scandal that forced FIFA boss Sepp Blatter to announce this month that he would resign.

Blazer, who was a member of FIFA’s executive committee from 1997 to 2013, cut a deal with US prosecutors to plead guilty and cooperate with the FBI in exchange for a reduced sentence.

According to the 19-page plea agreement, unsealed by a federal court in New York late Monday at the request of media outlets, Blazer began helping US authorities as early as December 29, 2011.

The deal, between Blazer and the US attorney’s office in Brooklyn, said he agreed “to participate in undercover activities pursuant to the specific instructions of law enforcement agents or this office.”

Dated November 25, 2013, the deal was struck more than 16 months before FIFA suspended Blazer over allegations of fraud.

In the deal, Blazer agreed to hand over all relevant documents, keep his cooperation under wraps and testify in New York and anywhere else in the world at the request of US prosecutors.

Blazer acknowledged that he earned more than $11 million from 2005 to 2010, and agreed not to oppose any future ban imposed on him by FIFA or any other football governing body.

The counts carry a maximum penalty of 100 years, but Blazer can be sentenced to far less if he abides by the plea deal.

In these cases, judges often order jail time be served concurrently rather than consecutively.

Blazer also agreed to pay outstanding income tax from 2005-2013, a fine of more than $2.4 million and a second amount to be determined by the court in advance of sentencing.

The document was signed by Blazer and US Attorney General Loretta Lynch, then attorney for the eastern district of New York.

The New York Daily News first reported that Blazer turned informant after federal agents discovered he had failed to pay income tax for more than a decade.

The newspaper reported that Blazer wore a bugged key chain to record incriminating conversations at the 2012 London Olympics.

It was his readiness to betray old friends at FIFA that has brought the world’s most popular sport to its knees.

From 1990 to 2011 Blazer was general secretary of CONCACAF, which oversees football in North and Central America and the Caribbean, and was the only US representative on FIFA’s executive committee.

As the powerbroker of US soccer he traveled by private jet, kept two multi-million-dollar apartments in New York — one reportedly for the use of his cats — a home in the Bahamas and celebrity friends.

But behind his back, he was known as “Mr Ten Percent,” a nod to the kickbacks on which he allegedly insisted.

Wheelchair bound, he formally pleaded guilty at a closed-doors court hearing in Brooklyn in November 2013 — one of four people to plead guilty as part of the sweeping US investigation.

Fourteen other current and former FIFA officials and sports marketing executives have been indicted in the scandal, accused of taking more than $150 million in bribes and kickbacks from 1991.

In partially unsealed testimony, Blazer admitted to conspiring with FIFA executives to accept bribes during the process to choose hosts for the 1998 and 2010 World Cups.