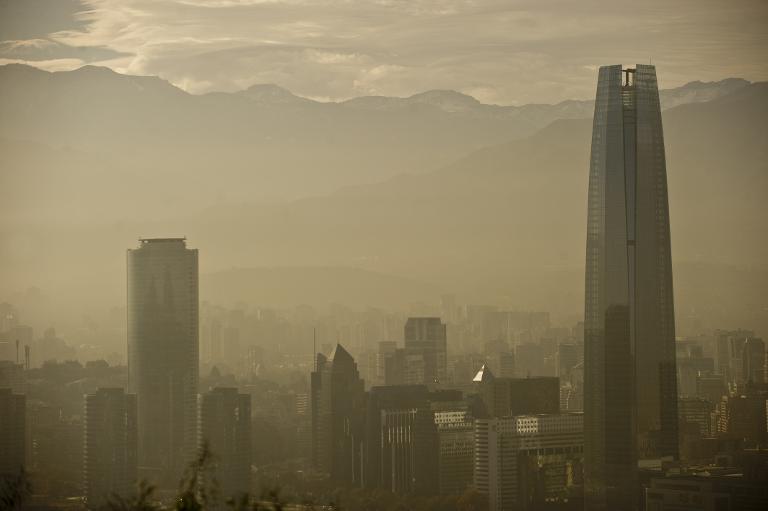 Under the so-called “pre-emergency” declared by the Santiago mayor’s office, nearly 20 percent of the city’s vehicles must stay off the roads and nearly 800 factories must remain closed.

No Copa matches were scheduled to be played in Santiago Tuesday, but it hosts a high-profile match between Brazil and Colombia on Wednesday night.

Air pollution has been a growing problem in Santiago, a city of six million people that sits in a valley with limited wind and little rain to wash away the contamination generated by its vehicles and bustling industrial sector.

“Due to poor wind conditions, to protect the health of the population the metropolitan government has decreed an environmental pre-emergency,” the mayor’s office said in a statement.

The decree takes more than 300,000 vehicles off the roads, bans the use of wood or biomass heaters, suspends physical education classes at schools and urges citizens not to practice outdoor athletic activities.

Santiago ordered similar measures on June 5, six days before the city hosted the opening match of the Copa America.

The city of Temuco in southern Chile, another of the eight cities hosting the tournament, also faces pollution concerns. Authorities there declared an environmental emergency last month because of air pollution caused by wood-burning heaters.

A government study in 2014 found that 4,000 people a year in Chile die prematurely of cardiopulmonary diseases linked to air pollution.

Despite the smog, which sports medicine specialists say could affect the performance of footballers — the tournament boasts stars like Lionel Messi of Argentina, Neymar of Brazil and James Rodriguez of Colombia — Chilean authorities have vowed not to let pollution concerns disrupt the Copa America schedule.

The tournament runs through July 4, when Santiago hosts the final match, and is expected to draw some 750,000 fans.