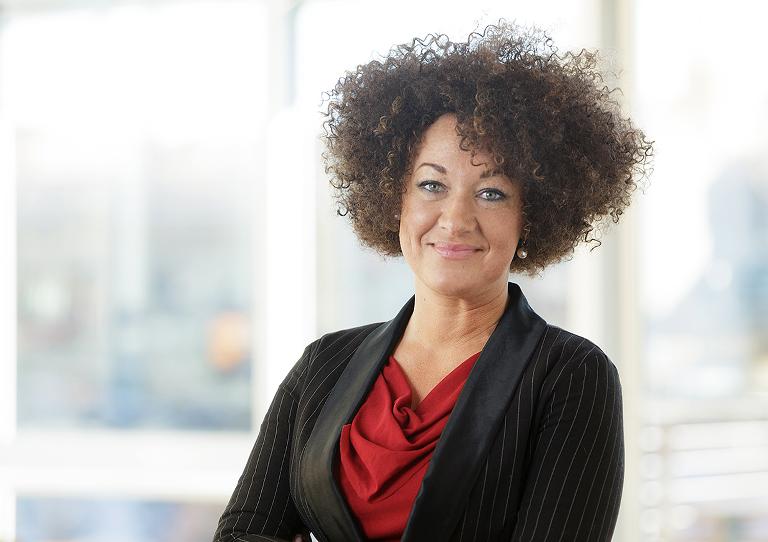 A US civil rights activist resigned from a post at the country’s leading African American advocacy group amid allegations she is white but has masqueraded for years as being black.

Rachel Dolezal’s resignation from her job as president of the Spokane, Washington chapter of the National Association for the Advancement of Colored People came as her parents, who are white and says she is too, urged her to seek counseling.

The Washington state chapter of the NAACP posted Dolezal’s resignation letter on its Facebook page.

In it, she writes that her commitment to the “racial and social justice movement” is undiminished but that “the dialogue has unexpectedly shifted internationally to my personal identity in the context of defining race and ethnicity.”

Dolezal, 37, built a career as an activist in the black community of Spokane.

She rose to become the president of the city’s branch of the NAACP and served as an independent mediator for the city’s police force.

Neither position required that she be black, but media reports said Dolezal identified herself in application forms and in various public appearances and writings as black.

Leaders from the city of Spokane said in a statement they were “disappointed” over the episode and “the alleged misrepresentation.”

Dolezal apparently resigned under pressure from the NAACP.

“I have always deferred to the state and national NAACP leadership and offer my sincere gratitude for their unwavering support of my leadership through this unexpected firestorm,” Dolezal wrote.

Her parents insist their daughter, from whom they are estranged, is white.

Since the story went national, last week they have provided local media with a birth certificate and photographs of Dolezal as a blonde, fair-skinned child.

Now, as an adult, she is tawny-skinned and dark-haired.

Several US media outlets reported Dolezal sued historically black Howard University in 2002 for racial discrimination because she was white.

The suit was apparently dismissed and Dolezal holds a master’s degree from the school in the US capital of Washington.

Speaking on ABC News, prior to the resignation, parents Lawrence and Ruthanne Dolezal said they were baffled by what their daughter has done.

They said they have known for years about their daughter’s deception, but kept it quiet until reporters recently began asking them questions.

“Rachel is trying to reject her own reality, her own identity and by doing that she does not alter reality,” her mother said.

Dolezal said that if she had the chance to speak to her daughter now, she would urge her to get help.

“I would say, ‘Rachel we love you. We hope you’ll get the help you need to deal with your own personal issues so that you can know and believe and speak the truth,'” Dolezal said.

Rachel Dolezal has dodged questions seeking clarification about her race and ethnicity, and she does not address her race in the resignation letter.

“I feel like I owe my executive committee a conversation,” Dolezal told The Spokesman-Review newspaper last week.

“That question is not as easy as it seems,” she said after being contacted at Eastern Washington University, where she is a part-time lecturer in the Africana Studies Program.

“There’s a lot of complexities… and I don’t know that everyone would understand that.”

And she broke off an interview with a local TV reporter when he asked her point blank: “Are you African American?”

Her parents, who adopted four black children, said their daughter had always been interested in issues of ethnicity and diversity.

But around 2007, they learned from a newspaper article that she was claiming to be African American.

At that point, she had already severed contact with her parents.