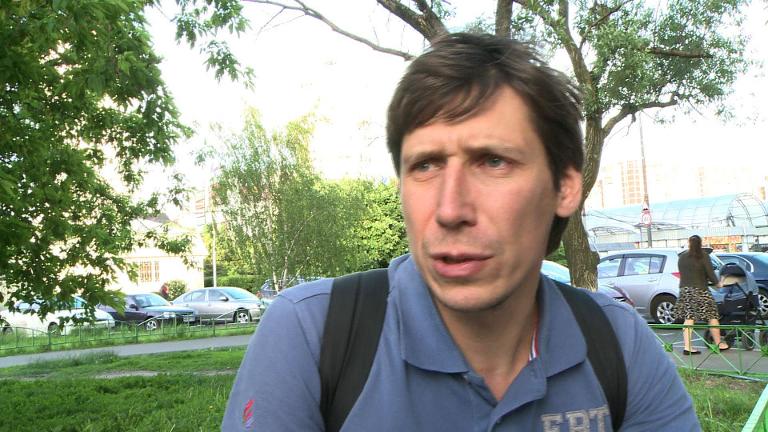 Waiting with his rucksack full of clean syringes by a pharmacy in the Moscow suburbs, Maxim Malyshev is fighting a lonely battle on the frontline of Russia’s spiralling AIDS epidemic.

Malyshev, along with about a dozen other volunteers from the Andrei Rylkov Foundation, run the only outreach programme for drug users in the country’s sprawling capital — handing out fresh needles, condoms and advice to help combat the spread of diseases.

“We go out into the streets, where drug takers hang out, where they pass by, where they buy and we give them clean syringes so that they don’t get infected,” Malyshev, himself a former user, tells AFP.

Accepted internationally as a basic tool in combatting the spread of HIV, in Russia — which has grown more conservative under President Vladimir Putin — initiatives like Malyshev’s receive no backing from the state.

“The authorities don’t support our activities. All their efforts go on attempted cures and telling people not to take drugs,” Malyshev says.

The figures show the government’s policy — focusing exclusively on treatment rather than prevention — is having disastrous consequences.

The number of Russians registered with HIV rose to around 930,000 as of last year from around 500,000 in 2010, according to official statistics, but some caution these figures are likely to be an underestimate.

Russia’s top AIDS expert Vadim Pokrovsky says that in 2014 alone 90,000 people contracted the virus and warns that within five years the overall figure could reach as high as three million.

“The last five years of the conservative approach have led to the doubling of the number of HIV-infected people,” he tells AFP.

For drug users, Russia’s outmoded approach means they are not given methadone — an oral substitute treatment banned here by the authorities — that has seen the rates of new infections in Europe drop dramatically.

But the impact of official policy, which is increasingly influenced by groups such as the powerful Orthodox Church, has also seen condoms and sex education for children shunned in favour of abstinence drives.

And that means that the spread of HIV is now increasingly affecting all sectors of society — especially heterosexual women.

“Only 400 million rubles ($3.5 million, 3.16 million euros) is going on informing people about the disease and that is not enough.”

Those suffering from HIV agree that while there is little issue getting access to the anti-retroviral drugs, awareness about the virus remains pitifully low and people are scared to discuss the issue.

“I understand these people: there is no information, they are afraid and it is a self-defence reaction,” says Alexander Savitsky, who has been HIV positive since 1999 and now heads the “Healthy Nation” charity.

For addicts looking to avoid the disease, for now the only people they have to rely on are the small handful of activists tirelessly pounding the streets of Moscow.

Back outside the pharmacy on the outskirts, drug addict Dima, 33, receives a carrier bag of fresh syringes from the outreach activists.

“It’s so that I don’t infect myself, so that everyone has their own clean needle,” says Dima, wearing a bright yellow T-shirt and baseball cap.

“Sometimes people can just use the syringes that they find discarded in apartment blocks, that is true, that happens.”

Campaigners admit their efforts are swamped by the needs and lament the fact that the government is failing to fill the void.

“Especially when you see people you know start to die because of it.”