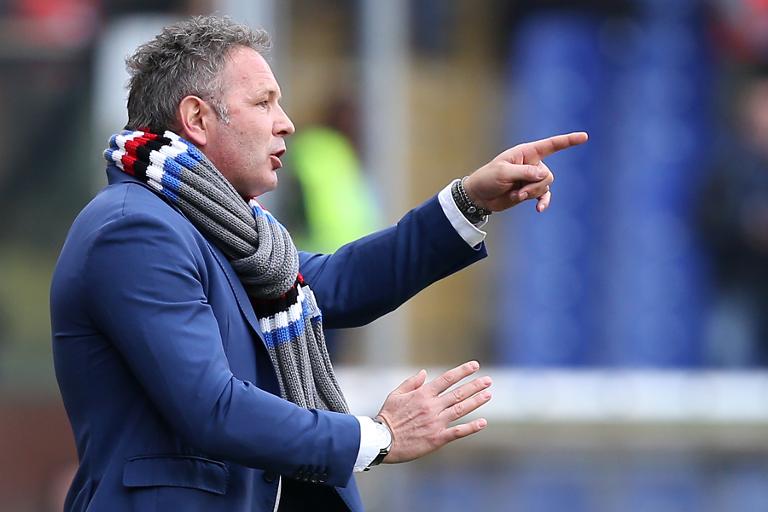 AC Milan on Tuesday sacked coach Filippo Inzaghi after what has been a bitterly disappointing season, immediately replacing him with Serbian Sinisa Mihajlovic.

Milan will not compete in Europe next season after finishing down in mid-table alongside city rivals Inter, spelling the end for Inzaghi, who failed to lift the club out of the gloom after taking over from former team-mate Clarence Seedorf last season.

“AC Milan announces that it has sacked first team coach Filippo Inzaghi, whom it thanks for the work done,” the Serie A giants said in a statement.

Inzaghi, nicknamed Superpippo, made his name as a player with Milan, scoring 126 goals in 300 games and winning 10 titles including the Champions League twice.

But the 41-year-old was widely seen as having been out of his depth since stepping up from coaching the youth team to replace Seedorf in June 2014.

Milan’s billionaire owner Silvio Berlusconi had admitted to having “different visions” to Inzaghi on the club.

The media tycoon, who is seeking outside investors to help him revive the club’s fortunes, said Inzaghi had ignored his request for players emerging from the club’s academy to be given a chance.

Milan went on to finish 10th in this season’s Serie A, their worst season since Berlusconi acquired the club three decades ago.

Minutes after announcing Inzaghi’s departure, Milan released a second statement: “After spells in charge of Bologna, Catania, Fiorentina, the Serbian national team and his last experience at Sampdoria, Sinisa Mihajlovic is officially the new coach of the rossoneri.

“Good luck and welcome coach!” it said of the Serb who steered Sampdoria to a seventh-place finish in Serie A and to the brink of qualification for the Europa League.

The 46-year-old former Red Star Belgrade, Lazio and Inter player has overseen 156 matches as a coach in Serie A and 11 in the Italian Cup, whilst he was also Serbia coach in nine World Cup qualifiers.

Mihajlovic will be hoping that club president Berlusconi’s plans with Thai businessman Bee Taechaubol towards welcoming a possible 48 percent investment in the club come to fruition.

If the deal is confirmed, it could provide a huge shot in the arm to a club that has slipped spectacularly since Berlusconi sold a number of top stars at the same time as a number of ageing players left the San Siro in the summer of 2012.