Williamson and Taylor tons too much for England | Newsmobile
Wednesday, August 10, 2022

Home Sports Williamson and Taylor tons too much for England 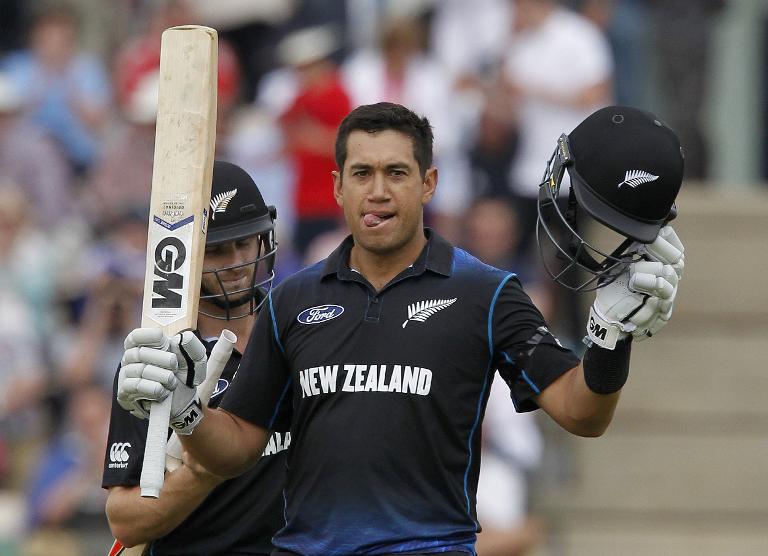 Kane Williamson and Ross Taylor both scored hundreds in a record-breaking stand as New Zealand beat England by three wickets in the third one-day international at the Rose Bowl on Sunday to go 2-1 up in the five-match series.

New Zealand, chasing 303 for victory, were struggling at 36 for two.

But a stand of 206 between Williamson and Taylor turned the tide, although England dropped both batsmen.

Williamson made 118 and Taylor 110 — his second century in as many matches after his unbeaten 119 during New Zealand’s 13 run-win at The Oval on Friday levelled the series at 1-1.

That match also saw Williamson and Taylor share a partnership of 121.

But their stand at the Rose Bowl was a New Zealand record for the third wicket in all ODI cricket, surpassing the 180 put on by Adam Parore and Ken Rutherford against India at Vaodara in 1994.

New Zealand lost a couple of late wickets and it needed a four by Tim Southee off Ben Stokes to see the World Cup finalists complete victory with an over to spare.

England were left regretting being bowled out for 302 with 28 balls of their innings left after skipper Eoin Morgan, who top-scored with 71, won the toss.

“Kane and Ross just keep churning out the results for us,” said New Zealand captain Brendon McCullum at the presentation ceremony.

Williamson, named man-of-the-match having also bowled Morgan with his off-spin, said: “That partnership in the middle was key, but it was so important to bowl England out.”

He added: “Ross has been outstanding, his contribution was massive.”

Morgan, meanwhile, was not too downbeat after this defeat.

“We looked like getting 350 plus and that’s exciting. What cost us was Kane and Ross’s partnership, and we couldn’t break it.”

New Zealand’s reply got off to a shaky start when Martin Guptill — who made 189 not out in the corresponding fixture on this ground two years ago — was lbw for two to an inswinger from left-armer David Willey, called up following Chris Jordan’s series-ending side injury.

McCullum also fell cheaply, lbw for 11 to Durham quick Mark Wood, playing after Liam Plunkett was ruled out with a side strain.

Taylor gave a tough chance on 17 when wicketkeeper Jos Buttler, anticipating his sweep off leg-spinner Adil Rashid, just failed to hold what would have been a spectacular one-handed catch.

Taylor was dropped on 67 when Buttler could not cling on to a one-handed chance off Wood.

And he was missed again on 72 when Stokes dropped a sharp chance off a full-blooded hook, with Wood again the unlucky bowler.

The elegant Williamson then completed an 88-ball hundred, including 11 fours.

He was dropped twice after reaching three figures, with Wood flooring a sitter at mid-off off Willey when Williamson was on 109.

Williamson drove Willey for a seemingly effortless six but was out next ball when Wood held a far tougher chance than the one he had missed.

Taylor, whose hundred came off 105 balls, was eventually out when he played on to Willey.

Earlier, Tim Southee (three for 44) and debutant Ben Wheeler (three for 63) did the bulk of the damage as New Zealand held England to a below par total.

The 23-year-old Wheeler, replacing Trent Boult after his fellow left-arm paceman was ruled out of the rest of the tour with a back injury, scuppered England’s hopes of a 350-plus total when he dismissed both Sam Billings and Stokes.

The series continues at Trent Bridge on Wednesday.