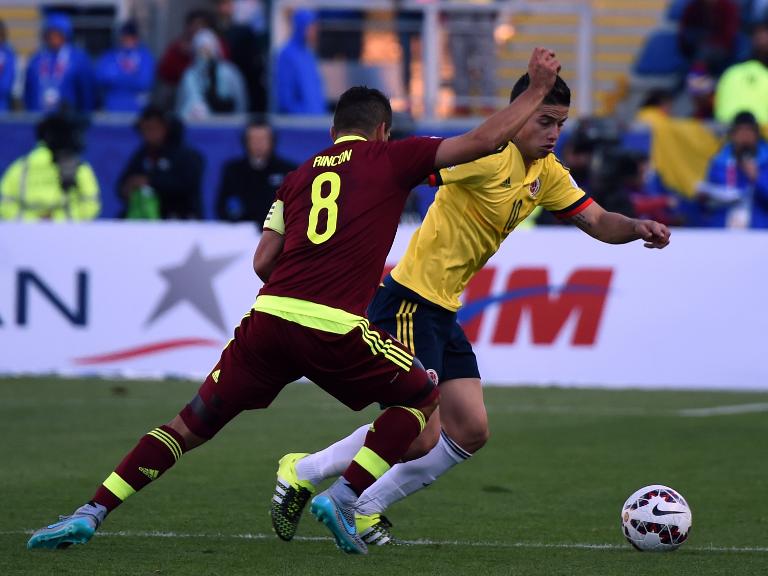 Colombia, bristling with Europe-based stars including Real Madrid’s James Rodriguez and Manchester United’s Radamel Falcao, are regarded as dark horses for the title.

But the 2014 World Cup quarter-finalists were unable to respond after Rondon headed Venezuela into the lead midway through the second half.

The goal settled a niggly encounter at the Estadio El Teniente where the Colombians were never able to find the sort of attacking fluency that lit up their World Cup campaign in Brazil.

Juan Arango improvised a first-time cross across the box to Alejandro Guerra, who headed back into the path of Rondon.

The Russian-based striker, reportedly a summer transfer target for English clubs Tottenham and Liverpool, guided a superb header over Arsenal goalkeeper David Ospina before being mobbed by his team-mates.

Colombia rallied furiously in search of an equaliser but could find no way past Venezuelan goalkeeper Alain Baroja.

Baroja produced two fine saves in a matter of minutes, parrying away a vicious long-range shot from James before turning a follow-up effort from Edwin Cardona around the post.